Ijeoma Oluo, whose book "So You Want To Talk About Race," has been a popular tool during the BLM movement. Photo: Ijeoma Oluo/Instagram 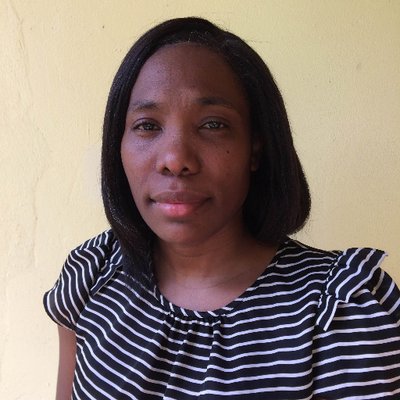 The influencer industry is rooted in the belief that consumers are more willing to trust the thoughts and opinions of their peers and loved ones than any business or brand. Because after all, what is an influencer if not a person that influences thoughts, emotions and opinions? When they do it right, influencers wield incredible power. But as we continue to live through unprecedented times, never has it been more important for influencers to exercise that power responsibly.

Unfortunately, the Black Lives Matter movement has inadvertently helped expose some of the inherent narcissism within the influencer industry—narcissism which has bled into a seeming lack of empathy. The desperate chasing of clicks and likes has led to a number of tone deaf and callous actions by some social media influencers. Some have been called out for using the protests as a photo op for their social media pages, and there was the rightfully-criticized trend of white influencers doing blackface as a “show of support” for the Black community and the BLM movement.

However, I’d argue there is far more good than bad. There are many influencers getting it right and telling the Black Lives Matter story in a positive way.

Author of So You Want to Talk About Race, Oluo uses her social media presence to focus on issues of race, feminism, misogyny, intersectionality, and mental health.

Created by Myisha T. Hill, Check Your Privilege is a great resource for learning more about how power, privilege and racism intersect and how our individual actions play a role in it all.

Founded by Katie Ishizuka and Ramon Stephens, The Conscious Kid is a great resource for parents in particular, wanting to learn how best to discuss race and racism and the BLM movement with their children.

Founder of The Loveland Foundation, Cargle is a writer and lecturer whose Instagram page provides a wealth of information on institutionalized racism, white privilege, and other social issues, as well as links to mental health resources. Cargle is particularly focused on educating followers on the role of employers and their accountability in stopping racial injustice.

A former fashion editor for Harper’s Bazaar, Rutherford uses her influence to promote conversations about race and mental health, all while sharing her personal style and amazing fashion looks.

A former model with years in the fashion industry, Wade now uses her platform to advocate for several social movements and political issues.

James uses her platform to integrate discussions about her life in the fashion industry with conversations about racism and feminism.

Barber focuses her social justice fight on the world of fashion. As a fashion influencer, she examines the industry under the lens of race, feminism, and politics and particularly how power systems affect our buying habits without us even being aware of it.

As a Senior Editor for Fortune magazine, McGirt focuses her weekly newsletter on culture and diversity in the corporate world. A topic she expands on, as well as other areas of race and diversity, on her active Twitter page.

#HappyJuneteenth The road is long, but we persist, resist, make change. I dedicated my Friday haikus to the newcomers to the work. Please stay, and lift up your voices. #raceAhead pic.twitter.com/ZNC5BzzpVA

Shahidi, who is best known to many as the star of Grown-ish, a spinoff of the hit ABC comedy Black-ish, she has used her immense social media influence to take an active role in raising awareness of social justice issues among young people.

A former stylist for A-List celebrities such as Beyonce and Oprah Winfrey, Davis now uses her influence to promote discussion on changing the vision of female beauty into a more diverse one.

Janice is womanist scholar who uses her social media presence to educate on issues specific to black women, particularly body ownership and positivity. Her feed is a collection of educational resources, beauty tips and recommendations.

McKesson is most known as the co-founder of Campaign Zero and one of the foremost voices of the BLM movement. He actively uses his social media platforms, particularly Twitter, to share educational resources and information about the movement and other anti-racism actions.

I love my blackness. And yours.

Author of What We Lose, Clemmons uses her strong presence on Twitter to engage in thought-provoking discussions on race, politics and culture, particularly in regard to the publishing industry.

So: the industry is inhospitable to black editors -> black books aren't being acquired/prioritized. Pay publishing folks a living wage!

Ijeoma Oluo, whose book "So You Want To Talk About Race," has been a popular tool during the BLM movement. Photo: Ijeoma Oluo/Instagram