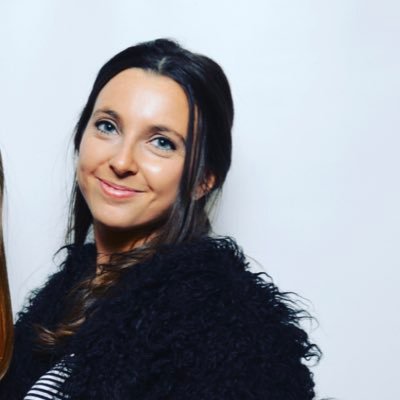 On July 13 at 10:00 a.m. eastern time, the influencer Arielle Charnas launched her company Something Navy as a standalone brand. It was previously carried exclusively by Nordstrom, but reports of high return rates, inflated numbers, and poor quality plagued the once-celebrated collaboration. Both Charnas—whose Instagram, though now private, has 1.3 million followers—and Something Navy’s brand account hyped “Something Navy 2.0” for weeks. The Dana top, the Tara dress, the Nikki jumpsuit—all items in the new collection named after Charnas’ white, female-identifying employees. “We won’t be doing restocks, so make sure to set your alarm for 9:50 on launch day!”

But when followers attempted to purchase the collection at the designated time, they had no luck.

“I was on at 9:58 and most of what I wanted was sold out… really disappointing after all the hype.”

“I tried to shop at 10:01 and it was sold out already of everything I wanted! So unfair!”

If you’re wondering how a collection that’s supposed to launch at 10 a.m. could already be sold out at 9:15, you’re not alone.

First, some back story: Charnas was famously eviscerated by social media users back in March, after revealing to her followers that she’d tested positive for COVID-19 then fleeing to the Hamptons with her family rather than quarantining in her Manhattan apartment, per CDC guidelines. (I wrote about it here.) There was a massive outcry on social media, after which Charnas posted a lengthy apology and took a three-week long break from Instagram.

So, you’d think the longtime blogger would be doing everything in her power to avoid another controversy so soon after being dubbed “a Covidiot” by international media. Instead, Charnas has instigated a seemingly endless onslaught of criticism. She’s been accused of stealing designs for her Something Navy line and stiffing a small business.

This week’s relaunch of the company has been no less controversial. Still, positive headlines have popped up all over. Business Insider wrote that the brand claimed to have generated “$1 million of sales in an hour.” Footwear News reported that “Arielle Charnas Is Back.” Forbes went with, “It Might Just Sell Out (Again).” The most controversial headline came from Women’s Wear Daily, which asked, “Can Arielle Charnas Be a Catalyst for Change?” (As replies to the publication’s tweet show, social media users responded with a resounding “no.”)

It’s not hard to imagine Charnas working desperately to rehabilitate her image following her public flagellation back in March, which included Vanity Fair suggesting that the scandal was potentially the end of her influencing career, and rumors that her brand’s investors were beginning to have second thoughts.

So, it’s also not hard to imagine her “pulling out all the ethical stops” in order to regain her standing as a once-respected fashion influencer—especially given her history of morally dubious behavior.

Screenshots and theories began to pour in on Twitter and influencer watchdog accounts. Social media users noticed that Arielle’s employees and family members had all posted themselves buying pieces—seemingly at full price, sans any employee discount—the morning of the launch. With multiple PR headlines claiming a flashy comeback, followers wondered if the Something Navy team had planned it this way by purposefully snapping up stock prior to the launch time in order to give the illusion of scarcity and immediate success.

“Seems absolutely bizarre to have all your staff purchase clothing items when you have a limited inventory to begin with… it’s such a shame that a company that could do so much good chooses to just be dishonest.”

To make matters worse, social media users also noticed that the clothes weren’t actually sold out on Something Navy’s (Shopify-powered) site later on launch day. (In fact, I tested it by filling up my cart and going all the way to checkout with over $1,000 worth of merchandise in different sizes and styles.) The brand responded to questions about this by claiming that “they were selling too fast” for Shopify to reflect the accurate remaining stock. The fact that Shopify allows you to manually mark something as “sold out” only fueled conspiracy theories.

Fashion industry watchdog Diet Prada, for one, wasn’t buying it.

“Arielle claimed yesterday to have hit 100% sold out, but there was still plenty to shop this morning. Sometime this afternoon, all items were marked sold out. Could there be scarcity marketing tactics at play here? Following a $45 million valuation and backing from some major investors, there’s certainly incentive to do so.”

But potentially inflated launch numbers weren’t the only disconcerting thing about the Something Navy launch.

Customers were up in arms about a “$12.75 restocking fee” for returns that allegedly wasn’t disclosed to them prior to the launch or clearly on the website during the purchasing process. It’s particularly damning when you consider the brand encouraged their customers to buy multiple sizes to find the right fit (without mentioning the fee) prior to the launch.

“Because her Nordstrom line did so terribly and everything was immediately returned, this is her trying to dissuade people from returning anything, and even when they do, she’ll make a profit! So gross.”

Meanwhile, touching on George Floyd and Black Lives Matter during an interview with WWD, Charnas said that Something Navy is “prioritizing diversity and inclusion across the board.” Followers were quick to point out that her words rang hollow when her brand only goes up to size 12 and XL when the average women’s size in the US is between 16 and 18.

In previous interviews, Charnas had mentioned that she planned to carry over Nordstrom’s size inclusivity to her standalone brand, which made the limited size range particularly disappointing to her longtime fans. (After a quick scroll through the Something Navy Instagram and website, you’ll find no plus-size or curvy employees or models featured. But you will find the team sharing their own sizes during try-on hauls—nearly none of which are above a size medium. (In a designed graphic, one of them even specifies that she’s a size small—while pregnant.)

In the WWD interview, Charnas and Something Navy CEO Matthew Scanlan use buzzwords like “sustainability and transparency” without disclosing any details about their current practices on their website.

Charnas was once a relatable, seemingly down-to-earth blogger who built a loyal following on Instagram before the term “influencer” was even coined. She’s since become the face of problematic white privilege in a year of unprecedented social unrest. Camping out in a Hamptons mansion and unboxing Louis Vuitton bags during a pandemic and a time of peak U.S. unemployment rates certainly don’t help her cause.

From the outside, it would appear that mega-influencers have gotten caught up in the materialism of their careers while failing to remember the followers that got them there in the first place. It’s almost as if the more success—manufactured or not—an influencer experiences, the more out-of-touch with their audience they become. Charnas, in particular, has been bleeding followers since March. Actually instituting favorite buzzwords like “transparency” would probably be a start in winning them back.

In the Something Navy launch video, Charnas states that “women shouldn’t have to spend a million dollars to look trendy.” She says it while wearing a $1,600 sweater from The Row.