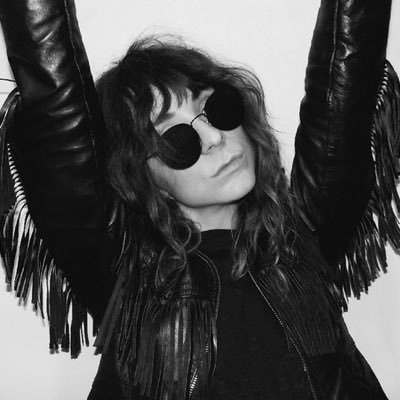 If you would have told us that 2020 would be the year Glee came back into the pop culture discourse, we wouldn’t have believed you. But here we are, talking about Ryan Murphy’s breakout 2010s show about teens in an after-school vocal club working out their personal dramas and feelings through performing hit songs of the moment.

The hub of the resurgence is, unsurprisingly, TikTok. There are currently over two billion views on videos hashtagged Glee, ranging from reactions to roasts. According to data shared by TikTok, Glee-related hashtags have racked up a whopping 1.9 billion views just in the last six months. With month over month growth holding steady, it looks like Glee content is here to stay.

But the trend does trace back to TV—or, at least, Netflix. All six seasons of Glee came to the streaming service in June 2019, and quarantine in March turbocharged the resurgence. Some of us spent quarantine learning to bake or writing a musical about Ratatouille; others watched Glee, then made videos about it.

Glee, a satire of high school social hierarchy with touches of Heathers-esque dark comedy, first aired on FOX in 2009 and was an overnight success. In its first season, nearly 10 million viewers tuned in. A fanbase, known as the “gleeks,” was born. By season 2, it had grown to 13 million. While it enjoyed huge success in its early seasons, by its sixth and final season, less than three million viewers remained.

Glee had some truly iconic moments, and others that didn’t age so well. It also had some scenes and lines that were deeply cringey right away. When Mr. Schue (Matthew Morrison) turns to his ex-wife Terri and says, “Baby likes his soup,” I personally recoiled with such force that I think I may have left my body. It is moments like this that have become the fodder for many TikTok reaction videos.

In season 3, Rachel Berry (Lea Michele) sings Rihanna’s “We Found Love” accompanied by a chorus of background dancers diving into a pool like falling dominos, and Artie Abrams (Kevin McHale) rolls out of his wheelchair into the water. Another time, Mercedes Jones (Amber Riley) asks to do more music by Black artists and Berry responds, “It’s glee club. Not Krunk club.” Some TikTokers have made a drinking game out of watching the show: Whenever the show is offensive, you drink. Another popular trend: suggesting ridiculous new plot lines as if Glee were still airing.

what was the director of glee even thinking. 😳 #glee #artie

HOW IS THIS A REAL SHOW. MR SHUE IS THE TEACHER LOOKING AT STRAIGHT CAKE #glee #fyp #notapro

Morrison, the actor who plays glee club coach Will Schuester, aka Mr. Schue, comes in for the most relentless roasting. Hashtags like #matthewmorrisonhateclub and #matthewmorrisonhatetok have amassed millions of views. One TikTok shows a darkly humorous online petition (with over 5,000 signatures!) to “Send Matthew Morrison to Guantanamo Bay.” One reason cited: “purely for his rendition of Gold Digger by Kanye West. An offense punishable by death.”

Many TikTokers are more roasting the show with love because for all its absurdity, it has some deeply entertaining moments. The character Brittany S. Pierce (Heather Morris) has inspired a sort of fan club on the app, which lauds her as one of the most underrated people on the show, and shares clips of her best moments. One fan even claims Brittany carried the show. Who could forget her iconic web series Fondue For Two, hosted with her cat Lord Tubbington?

Glee has taken over Twitter, too. Specifically, cheer coach Sue Sylvester (Jane Lynch), one of TV’s greatest characters. One of her more conniving moments inspired a meme in September, thanks to the perfect setup that the closed captioning provides. The beginning of her quote, “I’m going to create an environment that is so toxic,” was the perfect jump-off for countless pasted-in phrases, from quarantine humor to awkward office dynamics.

Stevie Nicks and Lindsey Buckingham each making the other sing the salty breakup songs they wrote about one another pic.twitter.com/7K5KdINyPB

me, ever so naively, at the beginning of lockdown: pic.twitter.com/NhCR0GRUm5

(Not all Glee news this year has been good: In July, Naya Rivera, who played Santana, the bitingly sarcastic cheerleader with a soft side, died in a boating accident. One of Glee’s most central characters, she appeared in nearly every episode of the series until the show’s end in 2015. Tributes poured in from all over the internet, adding a somber element to the celebration of the show this year.)

This show is far from timeless. As many of the #glee TikToks have shown, it’s actually quite dated. Yet it lives on, reinvented for a medium that knows exactly what to do with it: Take what fans want, and roast the hell out of the rest.