Jack Settleman, surrounded by her favorite posts of 2020. 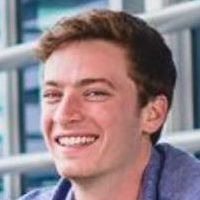 SnapBack sports founder Jack Settleman shares his brand’s sports opinions, highlights, memes, and conversations on Snapchat, where he has generated over 10 billion video views. But he stays sharp by scanning the entire social media spectrum, and his picks come from Twitter, Instagram, and even phone wallpapers. (Read more 2020 picks here.)

I love what Arizona did here. Pro Bowl votes are key for players hitting performance bonuses and excelling in their career. Fans may vote by retweeting hashtags. Instead of posting a highlight, AZ got creative and created an excellent post.

2️⃣ Reply to this tweet with
Your Name, Number, and Color choice

I wish I could give credit to the first organization who thought of it, but this trend throughout the social media community was excellent. Fans could reply with a custom name and number and have their favorite team's jerseys as wallpapers on their phone. The reason why I loved this trend is because personalization is the future of social media. How an organization with millions of followers connects one-to-one with its fans is so pivotal.

How do you stand out among millions discussing the same topic, catch the viewer's eye in a different way? Lil Dicky's post about politics was quite intriguing, and that was before you even turned on the sound.

We're simply too good at deciphering what an ad is at this point, so Zach King makes sure his branded content fits within his content, and then smashes it out of the park with his visual editing abilities.

Jason Derulo won the year. From 0 to 41M Tik Tok followers. This collab dance with one of the platform's biggest stars is just a small sample that shows how well Jason understands social media in 2020. It now has welcomed him to millions of new fans.

👀WHAT THE FUCK! (VOTE ForTRUMP) IM OUT, 🏃‍♂️💨FUCK NEW YORK The KNICKS never win anyway. 🤷🏽‍♂️I don’t care Trump doesn’t like black people 62% are you out of ya fucking mind. 😤

Whether or not they like it, celebrities and those with large followings have a responsibility to share content that is truthful and that they've also researched. 50 Cent took an out of context screengrab of a possible tax rate and posted without adding any accurate context. It swung millions of voters on untruthful statements. Whoever 50 Cent wants to vote for does not matter to me, but sharing false information (as tagged by Instagram) was dangerous.

Jack Settleman, surrounded by her favorite posts of 2020.