Brooke Berry, surrounded by her favorite posts of 2020. 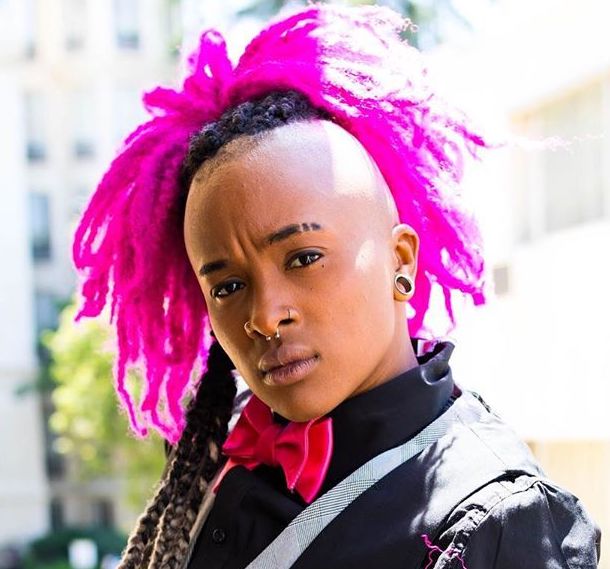 Brooke Berry Shares Her Best (and Worst) of the Internet, 2020

Brooke Berry, the voice behind VidCon’s social media, was tasked with helping bring the longtime convention to life online after it was canceled IRL due to the pandemic. On her personal social media accounts, she shares tips about self-promotion and crafting your narrative. Her favorite posts this year are memorable content that does just that. (Read 2020 picks from Alana Lintao and Rebecca Jennings now, and look for new lists here in the coming days.)

In the earlier months of quarantine, Chrissy Teigen put out a funny tweet looking for some romaine lettuce for a recipe. Along came Chris Klemens, someone I happen to know personally, with a clever rebuttable. Before you knew it, this amazing online interaction resulted in Chris Klemens, Andrew Lowe (a friend of his—someone I also know), Chrissy Tiegen, and John Legend meeting up in an empty parking lot for a fun social-distance exchange of edible goods. This post and concept is brilliant on so many levels, because it finds a seamless way to tell a story that has both an online and in-person presence, and is also interactive for the fans who get to watch it all unfold. I think Chrissy Teigen has her moments of marketing genius and finding an organic way to collab with a fan was brilliant.

then they say u can only pee twice in a week for now on.. man bye😭

The brilliance with this TikTok is the attention to details. While this scenario is very relatable, he’s not just going through the obvious funny tropes of the high school bathroom experience. The nuances in those situations here is what he absolutely nails. He focuses on his moments of silence and physical quirks just as much as he does on the actual dialogue. He was the first of five TikTokers I followed purely because I was a genuine fan of their content.

girls night out be like.... which one are you?

The relevance in her content is always so spot on. She hits every “girls night out” stereotype, and does it in a very concise way. Within a line or two, she establishes her characters very well. Her dialogue is thoughtful, witty, and her delivery and execution is intentional. She could have easily placed these scenes in any order, but the order in which she chooses to highlight each of these characters is what keeps you engaged. Content that is smart, relatable, concise, and funny makes for a viral recipe.

This was on the earlier side of 2020, but I consider this post a triple marketing threat. Needless to say, the posting cadence brilliant. I am personally a fan of storybook-type carousel posts that have a beginning, middle, and end (here’s one example, and another). The post alone is brilliant, but then he adds a layer by creating an actual billboard, giving those in LA the interactive experience of taking a scavenger hunt around Los Angeles to find it, take a pic with it, seamlessly pushing the David Dobrik brand forward. David has a great way of creating mini-ambassadors for himself—whether it’s this, through his Vlog Squad, or his fans. In most cases, he finds a way to facilitate interactions between his squad and the fans.

How Would They Know X Tarzan

♬ how would they know bad girls club - Chris Gleason

I’m a big fan of repurposing content. I’ve always been in love with the concept of making new art out of old art. With trending sounds, TikTok makes that easy. This very popular audio clip from Bad Girls Club has seen the light of day on TikTok in various creative ways, but this Tarzan video is just epic. Taking something as widely known as Tarzan and mashing it up with this audio from Bad Girls Club is the epitome of what the internet is about.

I’m also a big fan of psychology and I love people who can break down complex ideas and make them easily digestible. The internet loves to laugh and see interesting things, but they also love to learn. They love snippets of information that improves them as a human. It’s rare if you can find an entertaining way to educate while simultaneously making your content easily shareable. Another great example of someone who does that very well is Katie Florence, though she takes a more comedic and relatable approach, but still very brilliant.

Twitter's official account had a series of great posts that I loved:

We all want an edit button and Twitter knows it. The acknowledgement of the high-demand feature, through humor, is what fosters trust between Twitter and its users. It tells us that Twitter doesn’t take itself too seriously, while also understanding the influence they have over the marketplace.

...also if someone can screenshot this and post it on IG that would be great

This works on a lot of levels, because:

Edit Button in Exchange for Wearing a Mask

A post I didn’t like came from Justin Bieber. Granted, I’m a Bieber fan, but this one missed the mark for me. In teasing his road trip tour, he released a series of text assets that simply said “Bieber Road Trip.” While I’m all about simplicity (I believe less is more) and text assets are easily sharable posts, these series of posts did nothing. I would not feel as strongly if he just released one of these text graphics, but he released three of them designed exactly the same with the exception of a color change.

What purpose did these series of posts serve? It provides no new information and is not even visually compelling past the first design we saw. Whether you’re a celebrity, creator, brand, or fan—post with purpose and do not post for the sake of posting or you run the risk of being muted.

Brooke Berry, surrounded by her favorite posts of 2020.