Nick Catucci, surrounded by his favorite posts of 2020. 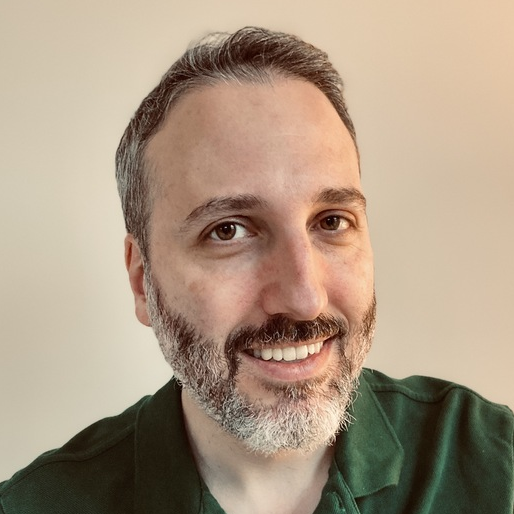 To cap off this most extremely online year, nofilter is asking some of the coolest creators and smartest internet culture experts for a few of their favorite social media posts of 2020. And the nofilter editorial staff is weighing in, too!

Editor In Chief Nick Catucci, who launched nofilter in April, lurks on Twitter, actually looks at his Instagram explore page, and found the most unadulterated joy on TikTok. (Read more 2020 picks here.)

Chrissy Chlapecka’s Who is the gen-z bimbo?

Chlapecka’s delightful bimbo character is boisterously political, subversively sexy, and simply hilarious—a faux naif that reinvents the best Anna Farris, Carol Kane, and Lucille Ball roles for 2020. All you really need to know: “She will always be there for her gals, gays, and theys.”

Chappelle rightfully takes some flack for maintaining, like so many other comics do, that  stand-up is some sacred cultural form under siege, and poking the mythological bear of “political correctness” with needless provocations. But I did not experience a single thing this year as powerful as this tribute to George Floyd, and Chappelle’s patient, anguished, outraged description of Floyd calling for his mother as he died under Derek Chauvin’s knee. (It comes about 5 minutes in, although you should watch this entire special, released on YouTube in June, from the beginning.)

On Instagram, Shabazz shares photos he’s taken on the streets of his native Brooklyn and around New York City since he first started shooting in 1980, at age 20. They’re almost all portraits, casual and tender: people hanging out, shopping, flexing, posing with lovers and family. Many are people Shabazz knew, and some of the most moving photographs are the ones captioned with memories of the people pictured. Here he relates two stories of loss, shared with him by men he photographed 20 and 30 years before.

Longtime rock photographer Jay Blakesberg’s daughter Ricki curates this special archive of his work, and it has an ever-so-slightly less boomer-y feel than her dad’s main account. Still, my favorite shots are of Deadheads from the 1980s. This one was taken in 1987, a cultural and commercial (and, I would argue, musical) peak for the band, thanks to the release of the double platinum album In the Dark. But it could have been taken in ‘67 or ‘17, at a Dead & Company show with John Mayer. Might make you feel like everything’s connected, if you’re crunchy like that.

Instagram dumps were one of my favorite trends this year—the crude little stories they tell with their mash-ups of blurry photos, memes, and video fragments marked the beginning of the end of the fussy, filtered, millennial-pink grids penning in the common person’s Instagram creativity. It makes sense that SZA—a tremendous talent, refreshing celebrity, and casual master of cutting-edge social media—would embrace the Dump. To really understand this one, you need to read the caption on her last one: “Mixes really change everything. been battling songs in my head🙂. finally back from Hawaii. Shroomed for over a month that dumps next.”

The photographer Charlotte Rutherford’s dumps are as chaotic as anything you might discover on Instagram, but they’re not random: they seem to be mood boards and color studies for her shoots that she sandwiches in.

Steve Jobs' youngest daughter, Eve, models for Glossier in the beauty brand's latest campaign, and Bill Gates' daughter is 'obsessed' with it https://t.co/zN97eawJpa

It is hilarious and also disturbing, in a class-war-is-imminent kind of way, that Steve Jobs’ daughter modeled for Glossier and Bill Gates’ daughter is “obsessed” with it. The only thing you can properly do is repeat, word for word, the text of the South China Morning Post that contains these facts. That is what Liz Franczak did, and that is why this is a structurally perfect tweet.

Keep the focus of shame there, not on marginalizing people surviving a pandemic without help. https://t.co/eYib7310Rs

In a different world—one in which every member of the media and political establishment wasn’t already on Twitter, constantly harping about it being a hellsite—AOC would, like Tony Hawk or Pelé, have opened the world’s eyes to the vast and inspiring potential of her domain: the ability to inform, persuade, promote her brand and (clickbait blogger voice) destroy her haters, in a balletic flurry of fingers over a screen. Instead, her pithy, relatable, unflappable, funny, and genuinely informative genius-level presence gets put to an even higher purpose: speaking truth to power, like in this tweet flatly declaring that sex work is work.

There was no shortage of dangerous, fraudulent, and just plain awful content on the internet this year, and Facebook actively promoted a lot of it. There’s nothing harmful about this post wishing Slipknot frontman Corey Taylor a happy 47th birthday. It’s even kind of touching. But I know good content when I see it, and it is not that.

Nick Catucci, surrounded by his favorite posts of 2020.