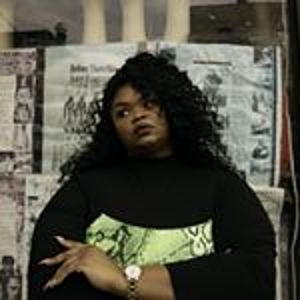 By Sesali Bowen
Sound On
Sound On

So you finally got your invite and couldn’t wait to join the ranks of the cool kids that have been making connections, furthering their careers, and having so much fun on Clubhouse. You dove in headfirst, eavesdropping on casual conversations between influencers and celebs that you’ve been following for years, and found people that love astrology and comedy as much as you. You fell for the seemingly limitless possibilities of the app and couldn’t wait to find out what golden nugget it would throw you next. You were joining clubs, hosting and moderating your own rooms, and growing your followings. You had a list of recurring rooms that you never missed, and sometimes you muted yourself on Zoom meetings just to see what was happening on the app midday. It was finally your turn to brag to your Android buds, who can’t access Clubhouse yet.

Then something weird happened. Maybe it was a misogynistic comment made on a stage in a room that was supposed to be about women’s issues. Perhaps that influencer you’d been following revealed themselves to be a little self-obsessed and very problematic. You started to notice that the same conversations were happening over and over again, and you couldn’t keep up with the drama that new rooms were created to react to. Those moments of excitement and anticipation were becoming more infrequent. Clubhouse notifications were suddenly annoying, so you turned them off. The app that you were obsessed with just a couple of weeks prior now takes too much energy to engage with.

If this scenario sounds familiar, you may be entitled to compensation. I’m kidding, of course. But you are not the only one experiencing this. In the three or four months that I’ve been on the app, I too, have taken a huge step back. So have a lot of my friends. Oh, I turned my notifications off, I’m hardly ever on there anymore, and It just became too much, have become popular refrains from people who were once daily users. We realized that we just weren’t that into it anymore. This is Clubhouse fatigue, and it’s real.

I’d heard the term floating around on Twitter and in some Clubhouse rooms. Then, I spoke to one of the admins of the BIPOC Queer Folx club for a story about building community on the app, and they mentioned Clubhouse fatigue as one of the challenges to building member retention and engagement. Talking about the group’s outreach strategy, they described how the group has had to make a shift to account for fewer people showing up.  “We’ve been creating more open rooms,” admin Sonya Glaspy says, describing how the group has adjusted its outreach strategy to account for fewer people showing up due to fatigue (BIPOC Queer Folx rooms are usually open to club members only). That way, Glaspy says, “we can reach out to people in our community and let them know that there is a safe space where they can exist on the app.”

I asked my Twitter followers and several people I know why Clubhouse seems to have such a high burnout rate. Their responses ranged from the severe lack of moderation and expertise in rooms that require both, to a suspicious amount of entrepreneurial success stories. Ultimately, people are questioning whether or not Clubhouse is as valuable to their professional and personal lives as much as they thought it was a few weeks or months ago.

I'm writing a story about Clubhouse fatigue. Would love to hear about why you sick and tired of the app (even if you still be on there sometimes).

Don't all speak at once.

Some of the standout stressors are more obvious than others. Clubhouse was designed to support live, drop-in audio chats. Hearing, and in some cases participating in, real human conversations has proven to be a more intimate experience than just looking at someone’s pictures or pre-recorded video. That intimacy can be overwhelming, especially when there are so many conversations happening at once, and not all of them properly moderated or structured.

And while witnessing live moments is one of the novelties of the app, unless someone is recording or taking notes, there’s no catching up if you miss a room. This, in turn, means there’s more pressure to “keep up” with Clubhouse, which can also be overwhelming for folks who want to be able to use social media at their leisure. And because there are usually no records kept of what’s been done, your hallway—the list of the rooms Clubhouse shows you when you open the app—can start to feel redundant as new users reinvent the wheel. Finally, Clubhouse’s rapid growth is great for founders and new users, but it can be difficult to adjust to for folks who found the smaller community to be more manageable and useful.

So how do we treat Clubhouse fatigue?

If you’re already burnt out, find it taxing on your mental health, or not enjoying it as part of your downtime, take the time that you need away from the app. If you’re new to it or ready to dive back in, I have two main pieces of advice.

These days, I all but avoid the app until there’s a room that I’m really excited about, like when the Comedy Club put on their production of Throat Baby the Musical. But this won’t last for long. As a club founder, I am also, technically, a Clubhouse content creator, so I am also having meetings about how to democratize, delegate some responsibility, and essentially relaunch Fat Girls Winning, a club for plus-sized women and non-binary folks. I know I don’t have it in me to be a Clubhouse influencer, but with these baby steps, I can control the small doses of the app that I take in every week. So can you.