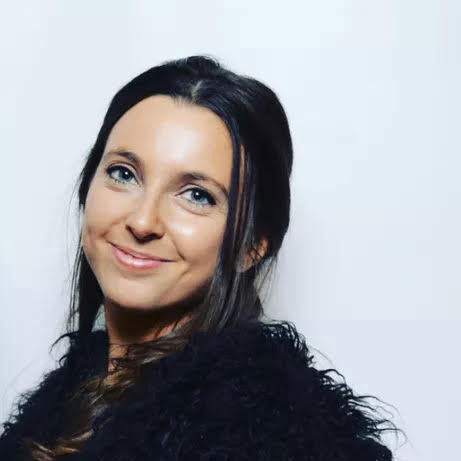 Will Danielle Bernstein Ever Take Accountability for Her Mess?

I don’t even know where to begin with this one.

You probably know by now that Danielle Bernstein, aka @WeWoreWhat, is perpetually surrounded by drama of her own creation. If the negative attention from her nightly dinner parties, seemingly thriving social life, and vacations to St. Barths and the Hamptons in the middle of a global pandemic weren’t enough, Business Insider dropped an explosive story yesterday that Bernstein certainly can’t be happy about. *cracks smile*

The article outlines how Bernstein has built her multimillion-dollar empire on the backs of other people, specifically by stealing designs (often from small businesses owned by women of color), taking credit for the work of the trained designers she collaborates with, and generally being an emotional terrorist.

But a new @businessinsider investigation reveals how much Bernstein’s retail empire may be built on stolen designs. https://t.co/OyDd5WfUhC

None of this should come as a shock to those who follow Bernstein’s shenanigans. Diet Prada has been reporting on her design theft—and subsequent lawsuits against the very small businesses she’s stolen from—since 2018.

But the fact that the exposé outlines real anecdotes and accounts from inside sources—ones who’ve worked directly with Bernstein in her Soho loft, which, by the way, they said felt inappropriate—certainly makes things more credible. The article paints a clear portrait of someone shockingly demanding and cruel, with little regard for others—especially those with less money and status than her.

As the pattern goes, Bernstein will likely ignore the article completely before diving into some performative philanthropy. If the story picks up enough traction, she’ll take to her Instagram stories to cry on camera in an oversize sweatshirt. So far, the only thing she’s addressed from it was the dissolution of her Macy’s partnership. She briefly mentioned yesterday that she’s simply finding a way to make her line more accessible, while the retailer seemed to insinuate that she was dropped (which would align with the fact that the clothes are now heavily discounted on Walmart.com).

I understand how hard it can be to listen to criticism from strangers, I really do. I’ve been there! But at this point, Bernstein needs to look around at her own mess and realize the common denominator is herself. Rather than playing the victim and blaming “anonymous haters”—as she tends to do—I truly just wish she’d grow up, own her sh*t, take accountability, and actually do better. Of course, I’m not optimistic that will happen, given her track record.

In any case, here are some of my favorite tidbits from the brilliant article by Rachel Premack:

In a screenshot provided to Business Insider, Bernstein requested a sample from loungewear brand Live the Process—a knit set she would later copy for her own line—by saying:

“What else ya got”

No “please,” no “thank you.” The level of sheer entitlement here is … something.

“While Bernstein likes to describe her upbringing as modest, public records show that she grew up in a million-dollar home on Long Island, New York. She wrote in her memoir that after her parents divorced, she was allowed to make only four shopping trips per year—one per season—which she described as ‘belt-tightening.’”

My favorite thing is when rich people pretend to have grown up with less money than they actually have. Girl, let’s trade!

“Bernstein, unfamiliar with clothing-production schedules, frequently waits until late in the process to propose major changes, employees said. This occasionally forces the company to resupply factories in Asia with new materials at the last minute, they added, and ship garments by plane, which can cost five times as much as transport via cargo ship. She also lacked knowledge of design details, such as whether a large ruffle would weigh down a swimsuit when wet.”

In all seriousness: The impact on our environment from this—and fast-fashion business models in general—is staggering. I never want to hear her talk about sustainability or Earth Day or ecoconsciousness ever again, quite frankly.

“She landed on The New York Times Best Seller List in June, albeit with a disclaimer indicating possible bulk book ordering.”

A current employee of Onia—Bernstein’s longtime manufacturing partner—said, “We all check her Instagram to see what mood she’s in—whether she’s having a good day or a bad day. Across the office, everyone is just casually stalking her Instagram just in case.”

When a former Onia designer posted on social media about how proud she was to have worked on Bernstein’s collection, the influencer texted her this:

“Babe I know your [sic] proud of helping me design but this isn’t really cool to take the credit. You made my designs come to life—I’m the designer.”

You can read the rest of the article in its entirety here.

Speaking of those who seemingly have trouble taking accountability for their actions—the subjects of last week’s column, Paige DeSorbo and Hannah Berner of Summer House, have returned to posting on their social platforms without acknowledging their recent scandal.

If you need a refresher, here’s my Twitter thread laying out some of the biphobic, transphobic, and racially insensitive offenses.

On a recent episode of the “giggly squad” podcast w Paige DeSorbo and Hannah Berner from #summerhouse, Paige said that Regé-Jean Page (actor who plays the duke of hastings in Bridgerton) would make a good James Bond bc he’s “light skinned.” Paige is a white woman. THREAD pic.twitter.com/lklEqFhYYL

Given the fact that their fans have been leaving comments and tweets telling them how hurtful some of their comments were—including “jokes” that mocked autism—it’s unfortunate they can’t see the importance of making an apology for the additional remarks (outside of the ones about Regé-Jean Page).

I like my reality stars messy, not maddeningly ignorant and offensive. But that’s just me.

You Thought Caroline Calloway Would Ever Change?

Joke’s on you! Here she is—in a note to her new Patreon subscribers—that she’s unlikely to follow through on any of the promises that they literally just signed up for.

So here’s Caroline Calloway explaining why it’s okay that she doesn’t produce the work people paid for, laying out that she won’t deliver on her patreon tiers AND claiming she “thrives in an environment of unmeetable deadlines” pic.twitter.com/xTADVCjSm0

We knew she wouldn’t, of course, but it’s still jarring to witness. (By the way, my working theory is that she’s having her new assistant, Bradley, write all of these blurbs. It’s the only thing that explains the lack of typos, and the fact that they actually exist.)

Also, a friendly reminder that it’s been over a year since Calloway began collecting money for her book Scammer, which has still yet to be written, let alone shipped out to paying customers. That’s all!