Gibby with his two sons, whose names he keeps private. Photo: Maya Dehlin 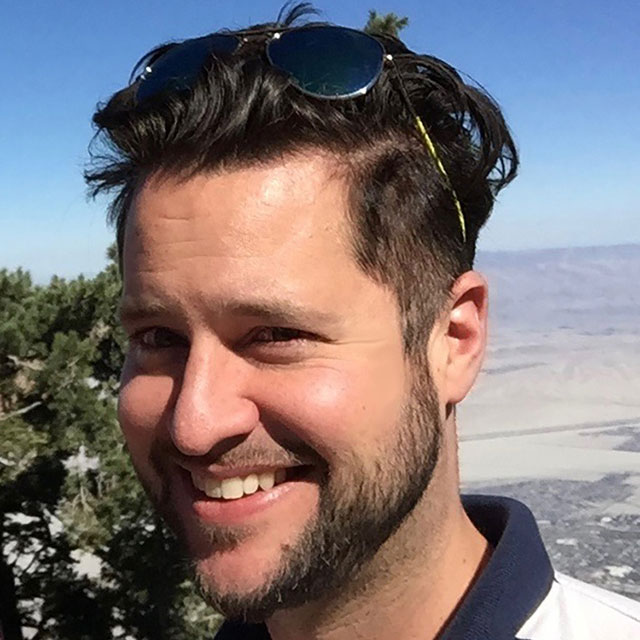 The field of athletic, Speedo-clad gay male influencers on Instagram is a crowded one in 2020. Some promote men’s skin-care and hygiene products. Others shill workout and nutrition programs, advertise themselves as underwear models for hire, or to sign up users for their subscription-based adult accounts on paid platforms like OnlyFans.

The world of gay dad influencers is a lot smaller. And while gay dads are nothing new, only a few were active on Instagram four or five years ago, when the followings that are now financially viable were being built. One of those dads is Devon Gibby, a 33-year-old divorced Mormon father of two kids, ages seven and nine. In late 2015 he started an account with his former partner Rob Zimmerman, “dadsnotdaddies,” that would ultimately amass over 200,000 followers and land them at the top of NewNowNext’s “16 Gay Dads of Instagram” list in late 2017.

At first, the account was a celebration of wholesome family life combined with a relationship-goals-focused pinboard of an especially attractive gay male couple living an enviable, stable—but still sexy—life in Utah. (The two kids were born to Devon and his ex-wife during their five-year marriage.) But after over four years together and a thousand or so Instagram posts, @dadsnotdaddies was retired and replaced with @dadsndaddies, featuring Devon as a single gay dad—and sometimes just as a single gay man. The breakup, complete with the “iconic” photoshoot Devon posted when he announced it on Instagram, was breathlessly covered by Out last April.

Devon now says that he and Rob split because their goals and values were no longer aligned after Rob came out publicly. “My goals involve building a life with my kids and someone I can marry one day,” Devon says. And he says in the few years since he came out, Rob’s “goals and values shifted.”

Since the split, Devon says that he lost a few thousand followers. “It’s understandable since the nature of my content has changed,” he says, “and people may have been following me for our relationship or for the dynamic that Rob brought to the posts.”

In his first year being single, Devon has taken his influencer career full-time, and that’s afforded him the ability to take the kids on trips to New York, Florida, and California, sometimes sponsored by companies like Pampers and Holiday Inn. “For the moment, they love being part of [the influencer thing], and they love taking photos,” he says. “They like that they get to go on trips sometimes because of it. But I can’t guarantee that that’s going to stay the same.”

On his own, Devon has gone to Burning Man, posted a risque group bathroom shot with friends in Rome, and started living his life as a single 33-year-old in a way he wasn’t able to in his adult life so far. (Devon’s kids spend weekends with him and weekdays with their mother.)

Devon says revenue has only gone up since he became a single-dad influencer and as he’s built more relationships with brands. “My engagement levels might have gone down a little bit because I think there were some people who were following me because of the whole ‘relationship goals’ thing, and I kind of lost them when we broke up,” he says. “But I mostly care about followers who care about my real life journey, as opposed to the ones who just care about this fantasy they constructed in their heads based off of my photos.”

Devon started post-college, post-marriage life as a blogger, writing about his story of coming out as a Mormon man, already the father of two. He wanted to find other gay dads out there because he didn’t really know any at first, and when he discovered Instagram, it was natural for him to shift his blogging and creative energies there—and he credits his ex Rob with seeing the marketing potential in the platform.

These days, the demographic he reaches is the same as when he was a couples influencer, which is gay men aged 25 to 35, and LGBTQ families. He says he’s inundated with requests from brands who want to sponsor posts about their men’s hygiene products, and he’s worked with Nautica and Dove Men+Care: “I have to turn some down, because it’s a lot.” And there’s the occasional off-brand (for him) request, like a company that makes wigs for drag queens. “I’m not a drag queen. I may have done drag once or twice, and because I hashtagged a photo I ended up in their influencer search.”

He also shies away from sexual products for a fairly obvious reason—because his kids are often featured on his account.

But more and more, he says, there are major brands that want to check all the diversity boxes when they’re running any campaign. He mentions a Johnson & Johnson event he attended for influencers they work with, and “it was mostly really beautiful women, mommy blogger types, but there was the gay couple, the racially diverse couples.” Hyundai is another brand, he says, “where I could see they were just checking boxes.”

Devon is dating someone new these days, as his loyal followers on YouTube and Instagram have noted. But he’s sworn of couples influencing—and all that unrealistically stylized brand of over-selling one’s relationship—for good. “I don’t want to have my work and business be tied to this relationship—I learned that the hard way when my last relationship ended,” he says. “And I don’t think people are that interested in couples accounts anymore. Maybe that’s just my own biased opinion, but I think people want more realness and authenticity.”

When pressed on that, he responds: “It’s not that I never want to share another relationship of mine on social media, but that I’d rather not have it be the sole focus of my account.” He adds he has several friends who are gay influencer couples on Instagram, and these days, “I find myself more interested in their individual accounts than their joint accounts since their differences shine more there and they tend to have more of an air of authenticity, whereas their couples accounts are more aspirational-focused.”

As for what will happen as his kids get older and get their own Instagram accounts—or TikTok accounts, or whatever new platforms we’ll have when his oldest turns 13 in four years—he says it’s anyone’s guess. It could become the family business, or they could be totally embarrassed and horrified. He’ll prioritize their emotional needs when the time comes.

“Eventually they may not want to be a part of it, and I’m totally fine with that,” Devon says. “And if Instagram isn’t something that I end up doing long-term, I’m totally fine with that too. I have so many different skills that I could translate into a different career. So, I’m not really super concerned about the possibility that I might have to shut the whole thing down because it’s making my kids uncomfortable.”

Gibby with his two sons, whose names he keeps private. Photo: Maya Dehlin