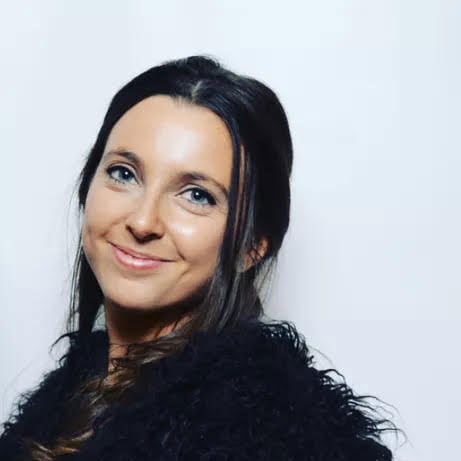 The “blogger” aesthetic is as old as influencing itself. You’ve seen it on Instagram since about 2012: millennial pink walls, artful lattés, candid “laughing photos.” The personal styles of the earliest successful influencers complemented their equally curated feeds: Covetable outfits worn in aspirational locations like Mykonos or Bali, a Chanel or Louis Vuitton crossbody bag thrown on for good measure, with a caption that might say, “Outfit deets on the blog!” or “Shoutout to my Instagram hubby.”

The massive popularity of the influencers surely owes something to the escapism—and  voyeurism—that they offer. Instagram brings users into people’s worlds, especially since it added added Stories in 2016. If we’ve learned anything from the Kardashians, it’s that there’s something delicious and attention-generating about unabashed decadence, luxury, and glamour.

But aggressively aspirational accounts may finally be falling out of fashion, hastened by COVID-19 and the resulting frustrations with celebrity culture and obscene wealth-flaunting. “Bloggers” with actual blogs are fewer and farther between, the term now a catch-all for any fashion influencer who’s turned posting outfits into a career. The majority of those who’ve monetized their Instagram accounts now use the app as their sole platform. Instagram is saturated, and flaunting designer bags is no longer novel.

Newer, younger Instagram users—especially the ones officially just old enough to use the app—hail from a generation known for its political astuteness and low tolerance for bullshit. Massively popular among that crowd: Emma Chamberlain and Charli D’Amelio, Gen Zers themselves who built their audiences on YouTube and TikTok, respectively, but have migrated to Instagram as full-blown influencers. You’ll find a lot of unfiltered selfies (often with blemishes), silly throwback photos, and self-timer shots on their accounts.

Where influencers once hired professional photographers to capture “candids” of them crossing the street and posted beach photoshoots with saturated VSCO filters, the new Instagram It-girls opt instead for lower-quality mirror photos in their own bedrooms or shots of their modern home décor captured on iPhones. Last year, writer Taylor Lorenz wrote in The Atlantic about the swinging pendulum of the influencer economy—that the “jig is up,” and followers had come to want authenticity instead of painfully staged photos and carefully curated feeds. Instead of professional photos captured on fancy cameras, the article cites apps like Huji Cam (which boasts vintage-inspired filters to make photos look like they were taken on disposable cameras), used by the influencers themselves to make content that intentionally looks lower-quality.

The aesthetic is less, “Look at me!” and more “Oh, I didn’t see you there.” It’s essentially everything the original blogger aesthetic isn’t: effortless and filterless. Feeds like Chamberlain’s and D’Amelio’s are stripped down, unpolished, unfussy. Of course, it’s safe to assume that plenty of effort goes into them behind the scenes (anyone with an authentic, organic following has typically put in the work to get there, unless you lucked out by appearing on The Bachelor). But the point is to make it look like you’re not trying—like you’re actually relatable, rather than untouchable.

The cool-girl clothing brands they wear (like Orseund Iris, Realisation Par, and With Jean), may not fall into the luxury category, but they’re not exactly within reach for most.  (One of Orseund Iris’s most popular tops, for example, retails for $540.) They outfit themselves in styles that are upscale but not heavily branded or mainstream, and introduce their followers to smaller, trendy brands they likely wouldn’t discover from following accounts that exclusively flaunt Chanel or Louis Vuitton.

OG influencers will likely always have their loyal, more millennial-aged followings, but they’re no longer reflecting the moment. Women’s Wear Daily recently suggested that these pioneers are also losing deals to the microinfluencers, due in part to the attitude shift brought about by the pandemic: “Brands have expressed an increase in wanting to work with micros—or, as some like to call them, ‘regular people’—in recent weeks.”

“Regular people,” who can conjure engaging content from inside their modest apartments, with personal styles that don’t rely on showy designer wardrobes, give their high-school and college-aged audiences what they want: more attainable, intimate, and filterless content, without cheesy-crosswalk photos,
problematic heavy editing, and reminders that they’re poor. As for the OGs wondering why their engagement or follower numbers are down, it might be time to look in the mirror. The one in their walk-in shoe closet will do.

How I Made My ‘Day In the Life’ TikTok Video