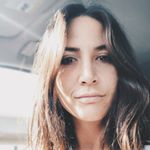 Will Creators Topple the Entertainment Giants -- Or Get Absorbed By Them?

As the entertainment industry races to adapt to pandemic-related production challenges and creators nimbly step into the content void, there’s been no shortage of speculation about the transformed landscape that lies ahead. But rather than a massive disruption, what seems to be emerging is a new fluidity.

“I’m always hesitant when people say that a world-shaking moment like this will ‘totally change the game’ or ‘create a new ecosystem,’” says Brenden Gallagher, a TV writer and former entertainment reporter who lives in Los Angeles. Prior to moving to California, he worked in New York during the web series and sketch comedy booms in the mid-2000s, which were also hailed as point-of-no-return moments. “The elite performers in those spaces, the Issa Raes and the Ilana Glazers, got gobbled up into television shows,” he says. “And way before that, the Disney Channel and Mickey Mouse Club served as talent incubators, and those figures were gobbled up into the conglomerates.” In entertainment, he says, it’s rare that the new kid comes in and kicks out the old kid, especially when you’re talking about huge corporations and young, amateur talent. “What actually happens is more like a convergence, or shared growth.”

That convergence has rapidly accelerated during the pandemic. For film and TV companies, it’s been spurred by sheer necessity: With production essentially at a standstill, advertising and studio executives have had to get clever about how to produce original content on the fly—which, while cheap, isn’t as easy as it looks. Traditional entertainment is arguably also in a creative rut, with no new IP capturing the collective imagination like Game of Thrones (the latest season of Westworld was a critical flop) or now-finished Avengers franchise.

"Let’s be honest: The reason a lot of this stuff has taken off is because we can’t shoot.
No one would want to watch that stuff if This Is Us was on. Or football." —Gallagher

Meanwhile, a handful of eye-catching hires and content solicitations suggest Silicon Valley is as interested in leveraging old-school power and celebrity as the entertainment behemoths are in emulating creators. For tech companies, this has meant experimenting with more traditional media formats and poaching veteran industry executives. TikTok, which has experienced an astonishing surge in popularity during the pandemic, with more than 307 million downloads in the first quarter of this year, just hired Disney’s head of streaming to be its new C.E.O. Also in May, Snap brought on Francis Roberts, a longtime talent manager from Google and YouTube, to oversee opportunities for creators in the company’s original content shows. Twitch, long one of the most forward-thinking live-streaming companies, is soliciting pitches for a slate of weekly, TV-style shows, specifically “game shows, dating shows, talk shows, and series about sports and music,” according to documents published on Bloomberg. In an attempt to differentiate themselves from other video streaming platforms, Twitch has so far focused on interactive entertainment, or shows that are performed live and broadcast to participants who make real-time decisions and steer the storylines. (Although it appears Netflix is one step ahead in the game of choose-your-own-adventure storytelling.)

There have also been reports of an imminent boom in animation, as huge studios rely on cartoonists to crank out content remotely. “Everything we do can be done on a computer at home,” Marci Proietto, executive vice president of animation for Walt Disney Co.’s 20th Century Fox Television, told Bloomberg. “We’re moving forward on all our series, which is kind of miraculous.” She added that her department has seen a 25 percent boost in orders in the past two months. Peacock, NBCUniversal’s new streaming service, announced that animation will account for one-third of its debut programming lineup.

“Creators that work entirely digitally, especially those who make animated pieces, their phones are ringing off the hook,” said film director and architect Liam Young on the KCRW’s Design and Architecture podcast. With concert tours, television dramas, and most movies cancelled, there are new openings for different types of media and art.

A star of TV and movies (John Krasinski) made a splash on a creator platform (YouTube) then sold the series to a media conglomerate (ViacomCBS) after a "massive bidding war"—in a deal that does not include him as host.

Indeed, in the first signing of its kind, talent giant CAA in April brought on Lil Miquela, a digital avatar and singer-influencer created by a Los Angeles startup, Brud, that bills itself as a “transmedia studio that creates digital character-driven story worlds.” Brud even appears to have orchestrated fake hacks to stir drama on social media to make Lil Miquela’s roll-out to make her seem more real.

Back in the real world, there’s “Some Good News,” in which a star of TV and movies (John Krasinski) made a splash on a creator platform (YouTube) then turned around and sold the series to a traditional media conglomerate (ViacomCBS, which owns Comedy Central) after a “massive bidding war”—in a deal that does not include him as host. Some fans felt betrayed, given the fact that Krasinski launched the show at the start of the coronavirus pandemic seemingly out of goodwill, as a pick-me-up to balance out all the depressing news coverage.

In the long-run, Gallagher says he’s wary of deals that seem made specifically in reaction to the pandemic. “Let’s be honest: The reason a lot of this stuff has taken off––the reason John Krasinski was able to sell his show, the reason there’s going to be shows about celebrities getting haircuts on Zoom––is because we can’t shoot,” he says. “No one would want to watch that stuff if This Is Us was on. Or football. We’re in a space where there’s a content vacuum, and it’s not going to be like that forever.” He’s quick to point out that the game is still dominated by the same massive players. “People thought Funny or Die and College Humor were the future, but all those companies are gone now. It’s Comedy Central, FX, and HBO,” he says. “Things in Hollywood stay the same more often than they don’t.”

In order to make a dent in the new entertainment landscape, it isn’t enough to have A-list talent and deep financial backing. You need users.

Perhaps the best example of just how difficult it is to break through and disrupt the entertainment market is the short-form, mobile-optimized video streaming newcomer Quibi, which launched in early April to weak numbers despite boasting $1.8 billion in funding a leadership team of executives from Netflix, Viacom, Disney, and eBay; and the star power of Steven Spielberg, JLo, Chrissy Teigen, and LeBron James. Having billed itself as a big-budget mini-Netflix, the company saw just 1.7 million downloads its first week and wound up posting videos on YouTube to spur growth. “I attribute everything that has gone wrong to coronavirus. Everything,” founder Jeffrey Katzenberg told The New York Times, in an instantly infamous quote. “But we own it.” By mid-April, Quibi had fallen out of the list of the 50 most downloaded free iPhone apps in the United States, with users particularly frustrated that they couldn’t airplay it to their TV. (Some within the company have said the airplay feature has always been in the roadmap, while others say they’ve always intended to be smartphone-only.)

It’s proof that in order to make a dent in the new entertainment landscape, it isn’t enough to have A-list talent and deep financial backing. You need users. Instagram, which has reported a 70 percent increase in views during the quarantine, has capitalized on the considerable lead with one headline-making Instagram Live program in particular: Verzuz, in which two longtime hip-hop or R&B stars pit their many hits against each other (Swizz Beatz and Timbaland, the show’s creators, kicked it off). “Without the usual systems of amplification and distribution, the very tools of fame are changing—benevolent magnanimity is out, relatability is in; polish is out, transparency is in,” Jon Caramanica wrote in The New York Times in a piece about Verzuz and Quarantine Radio, another IG Live hit, created and hosted by rapper-singer Tory Lanez. “Unsurprisingly, hip-hop has led the way.” Loose, spontaneous, interactive, and unfiltered––with famous people peppering the comments section like guests at an A-list party––Verzuz harnesses the power of software and song to create something entirely new.

Fadia Kader, Instagram’s music partnerships manager, told Caramanica that hip-hop—the most popular genre in music, and also, not coincidentally, the most amorphous and fastest to evolve—is the “influencer that influences influencers.” In the rapidly reshuffling hierarchy of mainstream entertainment, that’s about as powerful as it gets.