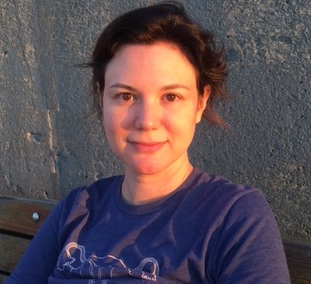 On December 28th, Keyon Harrold and his 14-year-old son were accosted in the lobby of a Manhattan hotel by a woman who falsely insisted Harrold’s son had stolen her phone. As tensions escalated and the woman grew increasingly agitated, Harrold began to film the incident on his own phone.

“Take the case off that’s mine. Literally get it back,” the woman, who is white, can be heard telling the manager in the video.

“You think there’s only one iPhone made in the world?” asks Harrold, an award winning jazz musician who is Black. The woman then lunges at them, allegedly tackling the teenager and attempting to reach into the boy’s pockets.

Harrold and his son left the hotel and, according to hotel management, the woman’s cell phone was soon returned by an Uber driver, with whom she had accidentally left it.

Harrold is certain the incident would have played out much differently if he and his son had been white. While the NYPD has since identified the woman and said they plan to charge her with assault, Harrold said he only got a response from hotel management and law enforcement after he uploaded the video which currently has over 2 million views.

ICYMI: @AttorneyCrump, the family attorney for Keyon Harrold Jr., the black teen falsely accused of stealing a cellphone at a hotel, told ABC that they are petitioning the Manhattan District "to bring charges against this woman for assault and battery."https://t.co/4uxgt00K1c

The case recalls a number of incidents involving white women who have come to be known as “Karens”—white women who threaten or call the police on Black men, women, and children for perceived offenses including: selling water on the street to finance a trip to Disneyland, birdwatching in Central Park, and resting on a sofa in their own Ivy League dorm’s common room.

So why are the Karens so dangerous? Karens weaponize their own perceived victimhood while also taking advantage of their privilege. Karens have the power to get people of color unjustly detained, arrested, and possibly killed: George Floyd, Eric Garner, and Michael Brown were all killed by police officers after allegedly committing non-violent misdemeanors. Atatiana Jefferson and Breonna Taylor were both shot in their homes. Twelve-year-old Tamir Rice was shot and killed for holding a toy gun. Elijah MacClain, a neurodiverse 23-year-old who played violin at his local shelter to soothe their animals, told police “I’m sorry, I’m just different,” before he was killed.

Memes and black boxes are one way to spread awareness about the racial bias in the criminal justice system but they aren’t the only thing you can do.

In the case of Keyon Harrold, you can contact New York Attorney General Cy Vance and ask him to investigate the incident as a violent criminal offense.

Join us in sending a clear message that hateful, racially motivated behavior is unacceptable. Email Manhattan DA Cy Vance Jr. and urge him to charge the woman who attacked Keyon Harrold Jr: https://t.co/yVEOt0xs5h

They are also holding a rally in New York on December 30:

Support and love to @keyonharrold and his family — this news event and rally happens at City Hall at 11am today https://t.co/gu08gWHqtZ

And in general, you can be proactive in the fight to create a more equitable criminal justice system by supporting organizations like your local bail fund, the Vera Institute for Justice, and Black and Pink Org.

In global news, Loujain al-Hathloul, a Saudi Arabian equal rights advocate, was sentenced to six years in prison for her work advocating for womens’ right to drive.

“My sister is not a terrorist, she is an activist,” her sister, Lina al-Hathloul, said in a statement on Monday.

Support for the Nobel Peace Prize nominee and outrage over the sentence has spread quickly.

Loujain al-Hathloul has been held since 2018 following her arrest along with at least a dozen other women's rights activist.

A full account of #loujainalhathloul's unjust prosecution and detention-and the Saudi officials responsible for them-is at @DAWNmenaorg. A close adviser to MBS tortured her, and the new Saudi ambassador to Norway, @amalalmoallimi, declined to intervene: https://t.co/fnDvtBGT4U

The same day, Zhang Zhan, a former lawyer and citizen journalist in China, was sentenced to four years in prison for documenting the early days of the Covid-19 pandemic. Her reports often contradicted the official State narrative.

Two women persecuted for speaking out. Two women to whom we owe not just gratitude but our own voices. Justice for #LoujainAlHathloul, justice for #ZhangZhan https://t.co/YVNBUtVh31https://t.co/GNCkUMn0YE pic.twitter.com/tWw69vIeen

#China: We are deeply concerned by the 4-year prison sentence imposed on citizen journalist Zhang Zhan. We raised her case with the authorities throughout 2020 as an example of the excessive clampdown on freedom of expression linked to #COVID19 & continue to call for her release.

The Committee to Protect Journalists reports that the number of journalists imprisoned globally for their work has increased dramatically in 2020.

"Zhang's trial and conviction are about much more than one person running afoul of China's ruling Communist Party," writes @CPJAsia's @StevenBButler in @CNNOpinion. "It shows that Chinese citizens can still muster the courage to defy the Communist Party."https://t.co/UztrakZosw