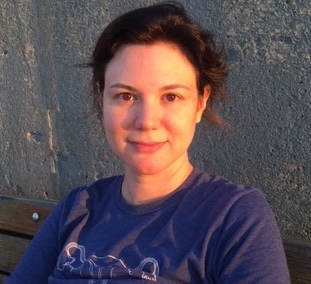 Speaking Out is a new column surveying activism across the web each week. Read the latest installment: Who to Follow for the Real Story on Martin Shkreli (December 22, 2020)

As an EMT in the Bronx, Lauren Kwei is on the frontlines of the Covid pandemic. But between rent, student loans, and caring for a sick father, her salary wasn’t making ends meet. So she did what so many of us do: she picked up a side hustle. Kwei’s is an OnlyFans account.

On December 11, The New York Post ran a long, salacious profile of Kwei, who had asked for anonymity. The reporters effectively doxxed her, outing her sex work to her parents and to the ambulance company where she works. The 23-year-old was left caring for a sick parent and wondering if she’d be able to keep her job. Luckily, friends—and strangers—rallied behind her.

They started a GoFundMe, hoping to raise $5,000 to ease some of Kwei’s financial burden. As of December 16, they’d raised nearly $68,000 from over 2,000 people. The Post tried to write a story shaming a paramedic from doing sex work to supplement her income, and people were outraged: Why aren’t are frontline responders being paid more? On Twitter, Representative Alexandria Ocasio Cortez put it best:

Leave her alone. The actual scandalous headline here is “Medics in the United States need two jobs to survive”

AOC’s next tweet about Kwei said what so many activistists have been saying for decades: Sex work is real work. Everyday, sex workers are murdered, harrassed, endangered, and publicly shamed. Today, December 17, is the International Day to End Violence Against Sex Workers. And as Elly Belle points out, what was done to Kwei is a kind of violence.

The Post outing the EMT who uses OnlyFans is an act of violence. I wrote about how sex work is not a scandal, the real scandal is the lack of pay and material resources for people during a pandemic, for @Refinery29. TLDR: Blame the government! https://t.co/rDjIt8bWep

And here are some ways you can get involved online to protect and support consensual sex workers on December 17 (and after!).

And finally, here’s a parting word from Lauren Kwei herself.

Congresswoman @AOC gave me a phone call to wish me encouragement and thanked me for my service. She is a class-act and I hope to inspire other womxn the way she has inspired me. Be BRAVE!!!

Before July 2020, the federal government hadn’t executed a prisoner in 17 years. As a parting salvo as he nears the end of his term, Donald Trump seems intent on making up for lost time. On December 11, despite widespread criticism from the likes of Kim Kardashian and Representative Ayanna Pressley, the government executed 40-year-old Brandon Bernard at the Federal Correction Center in Terre Haute, Indiana. Bernard, who was convicted for his role in a murder when he was still an adolescent, is the youngest person to have been executed by the federal government in the United States in 70 years, and the ninth person since July.

#BrandonBernard should not be executed:
1. He was 18 at the time.
2. He was not the shooter.
3. The prosecutor and 5 of the jurors now support clemency.
4. He’s spent decades in prison w/out a write up, helping at risk youth.
5. There’s bipartisan support for his commutation. pic.twitter.com/18GugdtuOs

The death penalty is inhumane which is why it's been banned in 106 countries.

Brandon Bernard is just one of many the WH plans to execute in their lame duck killing spree.

His sentence must be commuted & Congress must pass my bill to finally abolish the federal death penalty. https://t.co/ISJQuoqt6f

Meanwhile, the creators Charli D’Amelio, Dixie D’Amelio, and James Charles were criticized by fans who felt they did not come out strongly enough against the execution. Charli later spoke up about it.

after not being on my phone all day i checked twitter to see what is going on with brandon bernard and i’m incredibly disgusted to see him be put to death... he does not deserve this and it breaks my heart that our outdated legal system is taking the life of an undeserving man

The day after Bernard’s execution, the federal government put Alfred Bourgeois, 56, who was convicted of torturing and killing his 2-year-old daughter, to death in Louisiana. Bourgeois, who was severely intellectually disabled, spent 15 years on death row. His was the 10th federal execution this year.

Lisa Montgomery, another person with a history of mental illness as well as sexual trauma, will become the first woman executed by the federal government on January 12, 2021, if she’s not granted a stay. Montgomery was convicted of killing Bobbie Jo Stinnet and cutting her 8-month-old fetus from Stinnet’s body in 2008.

You can stay informed on the executions using the Marshall Project’s interactive tool here.

And finally, ABC, Disney, and David E. Kelley have come under fire for the new show Big Sky, and the way, some say, it whitewashes the crisis of Murdered and Missing Indigenous Women and Girls in the United States and Canada. As a result, they’ve retooled the remainder of the season. I wrote about it for OprahMag.com.

ABC’s #BigSky is set in Montana, where 26% of missing persons are Indigenous—and yet the show about human trafficking never addresses the crisis.https://t.co/rjV06ByX6N

"After being taken to task for leaving Natives out of a show about human trafficking in MT...show runners claimed their “eyes were opened.”

What Big Sky makers did was plan an unauthorized shoot depicting CSKT’s buildings and leaders – with no consultation with the Tribes." https://t.co/iWPqnkhHq0