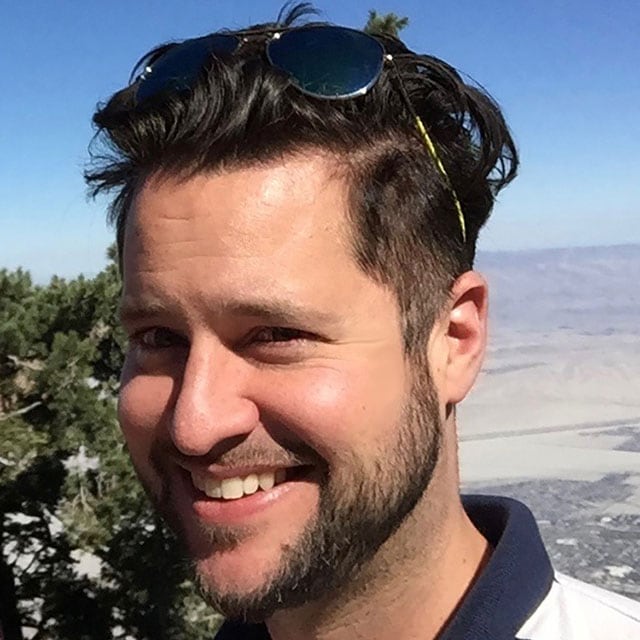 Services like Patreon and Cameo and platforms like OnlyFans and Substack are giving performers, comedians, reality stars, and journalists new ways to earn money directly from fans and followers, cutting out the age-old middlemen and gatekeepers: magazines, networks, producers, and venues. You need to make something that people want to pay for and deliver it consistently over time, but as advertising and influencer marketing dollars dry up in some sectors, a loyal subscriber base can be a godsend.

Founded in 2013 by Jack Conte—a YouTube-famous musician who was only seeing a couple hundred dollars a month from ads on the videos he made with his bandmate and wife under the name Pomplamoose—Patreon was the pioneer in the field of direct consumer sponsorship. Conte’s idea for a patronage platform where fans could directly sponsor or “subscribe” to a musician and support their overall work has blossomed into a community of over 100,000 creators who have collectively earned over $1 billion in fan dollars.

With the disappearance of most live performance options during the COVID-19 pandemic, platforms like Patreon have become all the more vital for musicians especially.

“Patreon exists to provide a stable, reliable source of income for creators, and that’s especially important in this time of global uncertainty,” says Maura Church, Patreon’s head of data science. The company says that the platform has seen 70,000 new creators sign on since pandemic lockdowns started in mid-March—as well as a 65 percent overall uptick, month over month, in how much money these artists are getting from fans.

Hip-hop collective and music label Doomtree launched its Patreon in March, after they were forced to cancel their tour. Within a week, they had signed up 1,000 patrons paying $10 per month (or more), and they’re using the money to support their label and continue making music while stuck at home.

Singer-songwriter Ben Folds has been broadcasting to Patreon subscribers weekly under the tag LOCKDOWN2020™ ever since getting stuck in Australia, where he was about to launch a tour in March. His patrons pay $10 a month for exclusive song downloads and over-the-shoulder piano instruction, as well as the promise of VIP concert entry once touring resumes.

Other notable successes on Patreon include the San Francisco-based comedy collective The Comedy Button, which was reportedly pulling in over $13,000 per month from patrons before the lockdowns began, offering subscribers exclusive access to a monthly podcast and bonus content for higher tiers. As one Patreon patron of The Comedy Button, known as rowdycoyote on their Discord server, says, “I’ve been listening for about six or seven years now. It’s kind of an unquantifiable enjoyment, but I just like it a lot.” He decided to become a top-tier patron, pledging $100 per month, when the pandemic began, saying, “I figured since I am an essential worker in an unimpacted business I may as well help them out a little.”

Brooklyn-based media industry newsletter Study Hall charges $4 a month for its informative and fun industry content ($2 for the digest), and it now boasts 4,000 subscribers on Patreon. “We started with the idea that we needed to charge for Study Hall's content and community in order to make it sustainable,” says writer and co-founder Kyle Chayka. “We still charge for everything we do so we don't have to rely on any free labor.”

The company began as a coworking space in Gowanus and its newsletter has quickly grown into a must-read for in-the-know journalists. There’s an $11 tier for those who want to join the Slack channel and get access to the core community of writers, including private groups for LGBTQ writers, women, and people of color. Like the Comedy Button does with Discord, Study Hall fosters community on Slack and provides patrons a virtual clubhouse beyond the noise of Twitter.

Celebrity shout-out service Cameo has also seen a major bump in business thanks to the pandemic, as consumers look for new ways to send thoughtful, virtual gifts to friends and family. Launched in Chicago in 2017, the company provides a side income for a legion of low-level celebrities, reality TV stars, sports figures, and others, connecting them with fans for whom they offer customized video messages. Examples range from “trans-racial” zeitgeist punching bag Rachel Dolezal—who’s been out of the news for years, but who’s still making $35 apiece for her video greetings—to drag queen Alyssa Edwards, who has parlayed her Rupaul’s Drag Race appearances into some considerable YouTube fame, and commands $150 each for her tongue-popping Cameos.

Recent reality TV star Chris Sapphire, a finalist on Netflix’s isolation-themed competition show The Circle, says that Cameo has been “a huge blessing” for his career. “With the virus in full swing, Cameo became a vehicle of connection for the fans and I,” Sapphire says. “I have sent hundreds of videos to all parts of the world for all types of occasions.” He says the wildest thing he’s been asked to do so far is propose to someone on their significant other’s behalf. “That, and disclose to someone the gender of their upcoming baby.”

Cameo says it’s seen a “huge uptick” in business due to the lockdowns. “We fulfilled around 100,000 requests during the lead-up to Mother’s Day this year alone,” says Cameo rep Brandon Kazimer. There are now over 30,000 performers and other “talent” for fans to choose from on the platform, with some of the most in-demand not necessarily being who you’d expect.

The Tiger King cast, somewhat predictably, has been a big draw in recent weeks, Kazimer says. But, he adds, “Two of the most popular personalities are comedian Gilbert Gottfried and Jerry Harris from Netflix’s Cheer,” primarily because their Cameos are “extremely authentic and resonate with the fans who request them,” and generate “amazing fan reactions every time.

In the adult film industry, nothing has caused more of a seismic shakeup to industry economics as subscription sites like OnlyFans and JustForFans. In contrast to the plethora of extreme, and sometimes extremely polished and produced adult content readily available across the internet for two decades now, places like OnlyFans bring subscribers directly into a performer’s apartment, into their real bedroom even.

“[Fans] want more intimate experiences,” says OnlyFans success story and former New York City go-go star Matthew Camp, who in 2019 told the The New York Times he was making $10,000 a month on the plaform before he’d even posted any hardcore content. “They want a boyfriend experience. They want to fantasize about someone that they want to have sex with and not feel disgusted by it.”

The pandemic has boosted revenue for many of these models, but also created more work. As 29-year-old cam model Taylor Stevens
told Vice last month, she’s now working 80 hours a week to provide on-demand virtual services to regular clients in isolation, in addition to her usual OnlyFans content creation. “We’re like online naked therapists,” Stevens says. “I do feel like I’m an essential service.” And with all the success sex workers have found on OnlyFans, it was perhaps inevitable, as Claire Downs recently wrote in Elle, that “influencers, former reality contestants, and D-listers” would flood the platform and try to capitalize on the community.

Some non-subscription platforms like TikTok and Twitch have “tipping” functions that some creators are taking advantage of. Twitch, a gaming-focused platform on which you can schedule live shows, has been particularly useful during the pandemic. Atlanta-based drag queen Biqtch Puddin and San Francisco-based drag queen Cash Monet are both using Twitch to perform live weekly drag shows that also include aspects of gaming—a bonus being that Twitch’s policies around copyrighted music are less stringent than Instagram Live’s.

“I really like Twitch!” says Cash Monet, saying the flexibility with music made it a “lucky fit.” “It’s perfect for planning with a schedule, you don’t need to log on, and it already has a tipping and subscribing feature.”

Former Recode editor-in-chief Dan Frommer has used Memberful to host his popular, semi-weekly newsletter, “The Executive Briefing,” as part of The New Consumer “club.” He charges $20 per month for his highly readable compendium of well curated consumer-oriented newsn for marketing execs, investors, and tech news junkies. He promoted the product with free feature content, most notably, his recent interview with food world personality Alison Roman, which went viral thanks to offhand remarks she made about Chrissy Teigen and Marie Kondo.

Not everyone is using these platforms to build zeitgeist-y new brands—some are bringing their life’s work, and established audiences, to new distribution channels. In September, “Dean of American Rock Critics” Robert Christgau launched a newsletter on Substack called “And it Don’t Stop.” Christgau spent 37 years at The Village Voice as a writer and editor, creating franchises like the Pazz & Jop critics’ poll and his Consumer Guide album-review column. After leaving the Voice in 2006, he wrote regularly for MSN, Medium, and most recently, Vice’s music channel Noisey, which ended his column last July.

Christgau created the newsletter with the encouragement of his friend, the music journalist Joe Levy. In his days writing for MSN, Christgau had begun corresponding with his loyal readers, “The Witnesses” (named for his Expert Witness column), but wasn’t sure they would pay to support—and read and debate—new additions to the  canon of reviews he has been building since the ‘60s.

“I was extremely dubious,” Christgau says. “Basically I told Joe that if I didn’t have enough subscribers to pay what I made at Noisey by Christmas I was going to quit. I wasn’t going to do it for less than that money. I had that many subscribers inside of three days.”

“I was astonished,” Christgau says, noting that he only promoted the newsletter once or twice on Twitter, where he has over 12,000 followers, and he “honestly doesn’t know” where all of the sign-ups have come from. Christgau now has over 1,000 subscribers (he declines to give an exact number), paying $5 per month for his monthly Consumer Guide and some bonus content like podcasts. Much of the content he writes on a weekly basis, including book reviews, is free to non-subscribers. (He also continues to maintain a comprehensive archive of 53 years of music criticism at robertchristgau.com, the utilitarian, decidedly old-school design of which has remained largely unchanged for years.)

Platforms like Substack and Patreon—unlike, say TikTok, where new stars are discovered and elevated every day—are places for people with established followings to reach their core fan bases and benefit financially from their love and appreciation. At 78, Christgau has found a solid income and safe harbor from the buffeting wins of the media business on his own terms.

“I have mixed feelings about” the model, Christgau says, noting that he works as hard if not harder on it than he did when he was employed at publications. “Would I pay to read me? I’m pretty cheap. I don’t pay to read anybody’s [newsletter],” he says. But, he adds, “I find it immensely gratifying. A man my age, who is still really intellectually active? It is tremendously flattering and gratifying that there are people who are ready to help support me.”