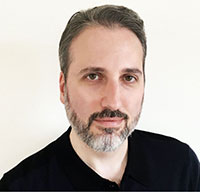 I’m Nick Catucci, Editor In Chief of nofilter, a new publication from influence.co that is dedicated to influencer and creator culture. This is our first issue.

What is influencer and creator culture, exactly? Recent stories about Instagrammers and others defying quarantines, peddling bogus products to ward off Coronavirus, or just generally flaunting their privilege suggest it’s shallow, even harmful. But scratch a little deeper, as reporter Megan Buerger does in her feature on the fallout from the pandemic, and it becomes clear that influencers and creators—nimble, resourceful, and directly plugged into their audiences—are a model for the future, especially in contrast to the entertainment and media companies struggling to adapt to this unprecedented moment.

READ: In an Unsettled Moment, Influencers Look Like an Increasingly Sure Bet

Of course, we couldn’t resist a closer look at what might be the greatest influencer scandal of the pandemic era: Arielle Charnas and her widely ridiculed odyssey with the virus, from being tested (after which she immediately unboxed a new Louis Vuitton bag) to fleeing her Manhattan penthouse for the Hamptons while sick to her inevitable public apology. Sophie Ross, who tweeted the thread on Charnas that seized the internet’s imagination, writes this definitive account of the controversy.

If Charnas is a cautionary tale, two other influencers featured in this issue are inspirational. Lucie Fink leveraged her day job at Refinery29 into an independent career earning “multiple six figures.” In her own words, she reveals exactly how she did it.

READ: Lucie Fink on Turning Her Day Job Into Her Dream Job

Devon Gibby, meanwhile, shares a more intimate journey: pioneering the “couples influencer” on Instagram with his partner, Rob—then striking out on his own, personally and professionally, after their relationship ended.

And there’s more! Some (unsolicited) advice for Meghan Markle on her next chapter; how non-royalty can make money on (almost) every platform; and travel, food, and fashion influencers talking about how they’re navigating the pandemic.

In short, whatever influencer and creator culture is, nofilter will be chronicling it, on behalf of the talent and everyone who works with them. Enjoy the first issue. We’ll let you know when the next one arrives—look out for it in the next few weeks.