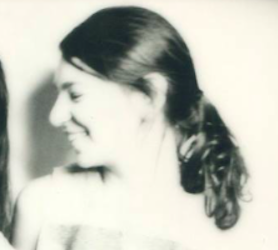 A New Space for Sex Workers to Call Their Own

In 2008, Lydia Dupra, then 19, had just gotten her application denied for yet another minimum wage job when she says she conned a man out of his wedding ring on the New York City subway. “He was looking sad, I was looking sad,” she says, so they started talking. She found out he was having problems with his wife, and Dupra managed to convince the man that his ring would benefit her more than him.

The need for mentorship became crucial as in-person sex workers suddenly found themselves out of work and having to migrate online due to the pandemic.

In 2016, Dupra published her first book, The Complete Guide to Escorting: Getting Started, and began mentoring other sex workers under the brand The Heaux Mentor. A year later, she went on The Whorecast, a podcast hosted by sex worker and media strategist Siouxsie Q. Lydia “said that in five years, she wanted to have created an online school for adult entertainers,” Siouxsie Q recalls.

In March, as states instituted lockdowns aimed at curbing the spread of Covid-19, sales of Dupra’s mentorship classes doubled. In April, Dupra launched OnlyMentors, a platform where sex work mentors can find mentees to pay for subscriptions to their advice content. The need for mentorship had become crucial as in-person sex workers suddenly found themselves out of work and having to migrate online.

By mid-May, Dupra had about 400 OnlyMentors sign-ups, about 10 percent of which were mentors. The rest were mentees looking for advice on how to improve their brands and do business online. Another hundred signed up for the platform by the start of June, Dupra says. She posted about OnlyMentors on social media, but mainly relied on her 15,000-person email list to promote the launch.

These are not huge numbers, but the fact that such a niche platform has grown so quickly is indicative of either Dupra’s influence or a real need for sex worker mentors (or both). Now, she’s expecting the mentors who’ve signed up to promote OnlyMentors: “It’s kind of on autopilot.” Mentors offer subscriptions ranging from around $5 to $15 per month and keep 70 percent of the money they bring in. The rest goes to Dupra.

Sex workers need advice on staying safe — and keeping up-to-date with the laws that affect their livelihoods, which are constantly changing.

OnlyMentors works like OnlyFans, a content subscription site that was originally used mostly by sex workers, but has recently been touting its use among social media influencers and celebrities. On OnlyFans, users can subscribe to their favorite creators in exchange for exclusive content. OnlyMentors operates similarly, but with a focus on mentorship. Dupra figured the “OnlyFans” name would help new and potential users quickly understand how her platform works.

Like professionals in many other industries, sex workers need insight into marketing, branding, and online metrics. But more so than many other professionals, sex workers can use advice on staying safe: Stigma, dangerous clients, trafficking, and struggles with mental health are all job hazards. And crucially, adult workers have to keep up-to-date with the laws that affect their livelihoods, which are constantly changing.

Perhaps the most publicized law to affect adult workers in recent years was FOSTA/SESTA. Enacted in April 2018, it was meant to curb online sex trafficking, but also limited places for sex workers to safely do business on the internet. In a way, anti-FOSTA/SESTA sentiment united many sex workers under a shared cause, shining a spotlight on the industry. One OnlyMentors mentor, who goes by EnigmaMidnight and has worked in adult—primarily as a stripper—for 13 years, first found Dupra through a 2018 VICE documentary about her helping adult workers rebrand in the wake of FOSTA/SESTA. Many had to update their online presences to ensure they didn’t violate the new laws, so Dupra offered her services. The documentary helped publicize her work as the Heaux Mentor.

“It changed with me,” Dupra says, referring to the increased popularity of paid sex work mentorship. “I don’t think anyone ever thought that helping someone could actually be good for everyone in the long term.”

Rothfield makes up to $7,000 a month from mentorship due to increased demand during the coronavirus outbreak, charging roughly $50 per hour long session.

Amberly Rothfield, another adult industry mentor, watched sex workers who tried their hand at mentorship before her get discouraged from charging for their expert advice. They were told they weren’t “good people” for profiting off of other sex workers, she says. Now, Rothfield makes up to $7,000 a month from mentorship due to increased demand during the coronavirus outbreak, charging roughly $50 per hour long session. She aims to keep her lessons affordable.

“FOSTA/SESTA and Covid are like polar opposites of what sex workers have had to do to adapt,” says Dupra. FOSTA/SESTA pushed adult workers off the internet, while coronavirus is bringing in-person sex workers, and those new to the profession, online in droves.

Mentoring is “not making more competition, it’s just making a bigger pool of resources,” says Snow. She attributes the “big rise” in adult industry mentorship she’s seen over the past six months to media coverage of her industry, particularly of “flashy topics like financial domination,” and the “lower barrier to entry for online sex work,” like camming.

After all, mentorship isn’t purely altruistic—it’s a moneymaker for those who’ve retired from sex work or are looking for additional income streams. Mentoring on OnlyMentors, though, has yet to become profitable. Chae, a 21-year-old former escort based in France who signed up to mentor on the platform in April, has just one subscriber for her $5.99 per month service, and EnigmaMidnight has none.

Chae says she will coach sex workers on online promotion, mental health, and physical care, as well as the pros and cons of various jobs in the industry (in her short career, she’s done several). For $4.99 a month, Enigma will teach “finding balance” between home, work, family, and friends. She also wants to help newbie strippers find the best, affordable shoes.

“I feel like [Dupra] paved the way for us to actually step forward and say, hey, I've been in the industry for a really long time, [and] I've always wanted to help people,” says Enigma. “When a few big voices stand up to do that, the other smaller voices will stand up to follow.”

“Establishing a new industry in the sex industry, getting people to take me seriously, and then getting people to respect me—it just took so long to get that narrative straight,” says Dupra. Now, with sex work becoming “more socially acceptable,” she’s confident sex worker mentorship will thrive. “There’s such a need for mentors, and I don’t want it to ever stop.”