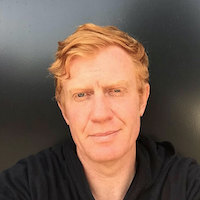 Follow someone for their Reels, and you're stuck with their feed and stories, too

A couple weeks ago, within a 24 hours stretch, Instagram launched Reels and the President set a 45-day countdown clock for ByteDance to divest TikTok in the United States or be banned. Not a great week if you’re TikTok, but an interesting one shining a light on how important the TikTok format has become in the ongoing battle for social media dominance.

This is not the first time Instagram has turned competitor envy into a full-on copy and paste exercise. For years Snapchat grew in the teen demographic because of its unique format around ephemeral messaging. Ephemeral messaging put a dent into Facebook’s growth but didn’t fundamentally challenge them. It was not until Snap introduced Stories that Instagram took much notice.

Facebook and Instagram’s core purpose is to be a platform where everyone keeps up with the daily lives of their friends and family, influencers and creators. Stories introduced a completely new way of documenting one’s day—diverging from the standard feed paradigm that had existed for nearly a half a decade. Rather than post static and heavily edited pictures to a feed, the ephemeral story format allowed users to be spontaneous and raw and removed the anxiety that poorly edited content would live online forever.  It also happened to increase the posting frequency of the user and thus the engagement frequency of the viewer. Not a bad thing if you’re trying to add a few billion ad views.

Facebook’s feed was already waning in popularity as it had become the digital equivalent of the extended family Thanksgiving dinner table for many. You know everyone there, but you quickly realize you don’t want to spend more than one meal a year with many of them. Instagram’s feed was fresher, letting you mix friends and influencers together into a daily cocktail of catch-up and escapism. But a format that got people to post five to six times per day was hard to ignore.

As well all know, Instagram copied Stories almost button for button and launched it inside the existing Instagram format. A year later Facebook launched the story format inside Facebook itself. By all accounts, Instagram’s launch of Stories was a success. They blew away all expected metrics and not only stemmed the tide of Snapchat’s growth but capitalized on the three-year stretch of stalled MAUs to cast general suspicion about Snap’s viability and drive more commitment from creators to Instagram.

Fast forward four years to today—a world dominated by as many TikTok stars as headlines about the company. A new format has emerged (or reemerged, depending on which Vine star you ask) and Facebook is back to its old playbook of playing copy-as-catchup. The big question is, can Instagram repeat the success they had in integrating another platform’s format into their own? It took me a couple of minutes to conclude that I am not so sure they’ll be able to.

To become a skeptic all I had to do was (almost) hit one Reels button: follow. The problem with Reels is that it lives inside the larger Instagram framework. This means a follow not only gets you more Reels from that person but that you’re also going to get all their feed photos and videos and stories. Do I want that? Not really.

TikTok has done a fantastic job at creating a whole new context for consuming content. They would call this a new “culture” stemming from their unique community. I open it, I flip through videos that have been AI-curated for me, I swipe and swipe and swipe. Every once and a while I hit the follow button. But this follow is more like a signaling mechanism to the algorithm than it is me saying “I want all this person’s content” or “this is a friend.” In fact, one of the big differentiations between platforms now is what percentage of people in your feed do you know personally. On Facebook I know 90% of the people (10% are folks I’m sure I met at a party but can’t remember exactly when). On Instagram it’s probably 50% people I know and the rest are influencers or content creators. On TikTok, I’ve never seen a single person I know, and I’m not so sure that’s a bad thing. While Facebook tries to connect people to create value, TikTok tries to surface content from those people one video at a time. It's a totally different way of thinking about how to create value from 100M people on a platform.

Hitting the follow button on TikTok is more like watching a video on YouTube and knowing your suggested videos on the homepage will reshuffle a bit. Or maybe it’s even more like visiting PetCo.com and expecting to get pet food ads on every web page you visit for the next week. It’s not the statement of a relationship, it's the contribution of an interest signal to the AI machine in the cloud. I’m confident I don’t want to see Thanksgiving day content from the TikTok creators I follow unless someone comes up with a #TurkeyDayChallenge.

This is fundamentally why I think Reels won’t work well on Instagram. It’ll end up being more like the current Explore page—a place where you head on Instagram if all else on your feed, DMs or stories fails you and you have nothing else to distract you. You won’t want to hit the follow button because you know that it comes with a lot of baggage. In fact, since I started writing this article, Instagram announced they would be adding suggested posts and Reels to the end of your feed if you run out of posts. It’s not a core part of the experience, it’s a sideshow. And in fact, if I want some distraction, I’d rather just open TikTok, which is designed perfectly from the opening screen as a distraction machine.

I think it’s important to bring up another copy and paste exercise that Instagram tried and I think by and large has failed. IGTV was launched in June of 2018 with much fanfare. Basically the Instagram folks said “YouTube is dead, we’re the new YouTube. We win by making vertical video.” It started as its own app (remember that?) and then quickly got dropped into the existing Instagram experience to push eyeballs to it. Today, IGTV still feels jarring and somewhat pathwork. When I want to keep watching a video on the feed, I’m pulled into a different UI paradigm to do so.

Given that Instagram can’t back down on Reels or IGTV, if I was a betting man I’d guess that Facebook ends up stealing a page from the Snapchat Triptych playbook and builds a left, middle and right hand experience. On the left you have Reels, in the middle you have Instagram classic, and on the right you have IGTV (which, to be fair, is sort of the interaction now). I’m not sure that moves them into a winning position but at least it’ll allow its users to pick the experience it wants and to stick with it. In any case, watching this play out is almost as distraction-worthy as TikTok itself.