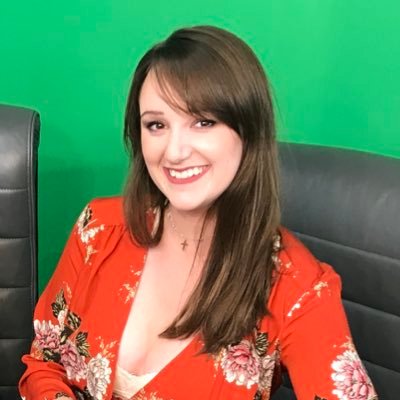 Not every TikTok trend involves deft edits, polished dances, or sticky music clips. One especially great type of recent TikTok simply requires holding up a laptop and speaking along to a clip that’s playing on it.

For the laptop impression to really work, of course, it can’t just be any clip—and it can’t just be any mimic. Crawford Horton, a 23-year-old actor and king of the laptop impression, says the clip has to really speak to him, like a resurfaced interview with actress Lea Michele being kind of bratty; a police officer (or at least a woman pretending to be a police officer) crying over a McDonalds meal; or Disney Channel star Debby Ryan doing pretty much anything.

Horton, who has more than 118,000 TikTok followers and 6.1 million likes, began making these TikToks once the country shut down due to COVID-19 and the pandemic cost him an acting job. Unlike comedian Sarah Cooper, beloved for the deadpan clips of her lip-syncing President Donald Trump, this specific trend relies on the creator holding the laptop and audibly mimicking the person on the screen.

“I kind of create a character that speaks alongside whatever’s happening, so I can comment on it,” Horton says. “And I feel like if I’m lip-syncing and I take my own voice away, then I can’t comment on how absurd the video is that I’m recreating.”

His first laptop impression used a video from RuPaul’s Drag Race All-Stars season and garnered more than 43,000 likes. Horton says TikTok has given him a creative outlet during quarantine.

“Having something to work on where I can create things and share them with people and make people laugh is great,” Horton says, “and if that is getting my name out there and I’m proud of it, then it’s doing good things for me.”

It takes Horton anywhere from 20 minutes to a few hours to memorize a video and record it. One of his most popular videos, with more than 4 million views, features him mimicking actress Dakota Johnson when she called out Ellen Degeneres on Ellen’s own  show for not coming to her birthday party.

“I love uncomfortable iconic moments in pop culture,” Horton says. “The Dakota Johnson and Ellen interview is probably my favorite video that I’ve ever done, probably because it’s such an enigma in pop culture. It’s so strange and those are really the videos that speak to me.”

Horton’s videos have seen some mainstream recognition. Actor Nick Offerman retweeted one of his videos and singer/actress Katharine Foster collaborated with him on a TikTok in which they broke the fourth wall and Foster spoke to Horton through the laptop.

For every Drag Race or Debby Ryan video, Horton includes a political TikTok to ensure he’s delivering a “good message.” He has several exposing the absurdity of anti-maskers complaining at town hall meetings, and he even tackled The White House’s Fourth of July party, where the military band performed to a silent audience (Horton played the part of the audience, spending the entire video saying and singing nothing).

Horton, of course, isn’t the only creator doing laptop impressions. Eighteen-year-old college student Blake Ruescher has dedicated his TikTok to this trend, and racked up more than 1 million followers and 61 million likes. Ruescher not only mimics the lines in the video, he often gets into costume, even taping paper on his fingers to get the look of long acrylic nails. He dedicated several TikToks to Debby Ryan after a clip of her from the Disney Channel movie Radio Rebel started generating memes.

“Debby Ryan appeals to most of the audience on TikTok because we grew up watching her,” he says.

Like Crawford, Ruescher didn’t start the trend but says he thought he could “do it better” by adding hand movements—the kind of trick, he adds, that's key to engagement on TikTok.

Both creators say they have started earning money from TikTok’s Creator Fund, which launched in July. While Horton keeps up with the news and viral videos on Twitter, Ruescher encourages his followers to DM him clips to mimic.

“It just has to speak to me,” Horton says. “People send me suggestions all the time [but] if something is just a little bit off, I don’t really want to do a voice-over. It has to be perfectly right.”