Bryanna “Hazel” Smith is one of many witches doing doing tarot readings on TikTok. 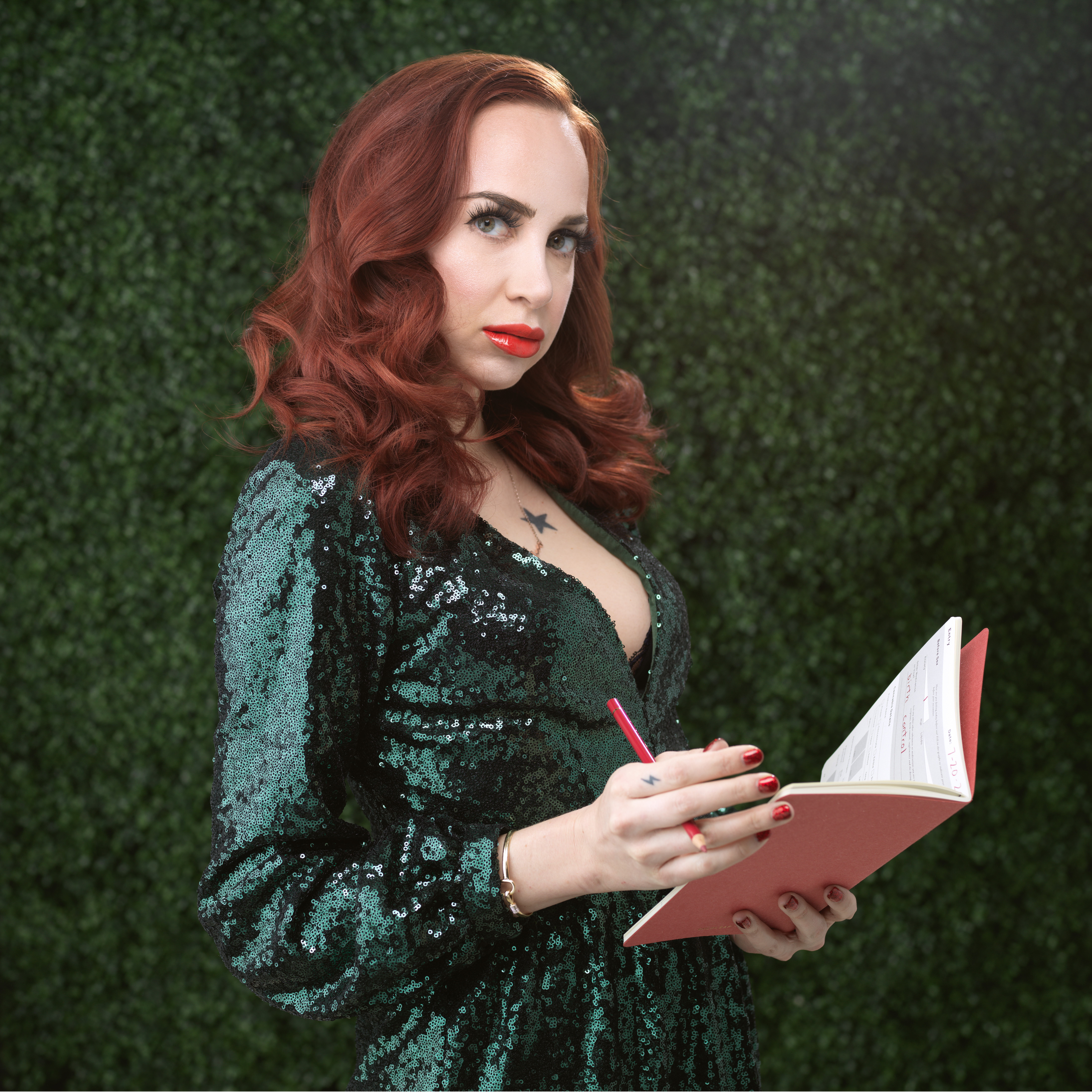 When you think of TikTok drama, you don’t usually picture witches getting interviewed on the street by The Hollywood Fix. But recently, baby witches did something so wicked, so treasonous, that on news sites The Cut and Cosmo, the entire reputation of WitchTok—the witches of TikTok—was burning at the stake: They hexed the moon.

“Why would you hex the moon? The moon literally helps you,” noted TikTok tarot reader Effie Kalaitzidis told me.

“It’s a hoax. Everyone on WitchTok thinks it’s a big joke,” my Facebook friend Chelsea reassured me.

That hexing the moon even became a public debate underlined a surprising fact: TikTok is the hot new platform for witches. While the moon hex may be a hoax, other witchy practices, such as tarot and astrology, are taken quite seriously on TikTok. According to some self-described witches, the vibrant subculture may even be a manifestation of the infamous age Aquarius, an astrological period that certain astrologers believe has already begun. Witches and muggles alike are paying attention.

The phrase “tarot readers” may conjure a secret meeting in a room with beaded curtains, but these days all you have to do is download an app. The hashtag #tarotreader boasts 110.9 million views at time of reporting.

“For the longest time I avoided downloading TikTok, and one day my friends were just like, ‘Effie, no, you need to get on TikTok, you need to start doing your tarot on TikTok,’” Kalaitzidis says.

A tarot reading can be a deeply individualized and personal experience. How, then, does a TikTok tarot reading even work? Using familiar tools like cards and crystals, Kalaitzidis and other readers will do mass readings that can be applicable to anyone. It’s up to TikTok’s mysterious algorithm whether or not the video appears on your feed, which is a kind of magic in and of itself.

“I’ll lay out the tarot deck separated into three piles and lay a crystal on each pile. Whatever crystal calls you the most, that’s the one that draws you intuitively, and it gives you your specific message. I love doing those because I feel like it’s more personal. If this message came up for you the message is for you,” Kalaitzidis says.

“To be honest, I do not find much of a difference in the experience of virtual vs. in-person readings,” says psychic medium and tarot reader Sarah Potter. “A reading is all about connection: myself and my client, myself, and their guides, myself, and my own guides. We are all connecting and working together to receive the messages and transmit them. Whether I am sitting across from someone in person or we are looking at each other through the portal of a lens, that connection is real and felt in a major way. Right now, this is the safest way to meet and I find that for the most part, technology makes it as seamless as possible.”

The “connecting and working together” is where the Age Of Aquarius comes in. Aquarius is the humanitarian of the zodiac and is all about serving the community. And what else is TikTok but a community? Aquarius is an air sign (along with Gemini and Libra). Specifically, an Aquarius has the type of personality who wants to save the world but can’t text back their boyfriend—have you ever heard of anything more Gen Z? In the words of Hair :

“I love where we’re going with this Age of Aquarius energy,” says TikTok tarot reader Bryanna “Hazel” Smith. “Being an individual has no meaning anymore. I think people on an individual level are not important but when we come together in masses, that’s what I think this movement is all about, us being whole. With [Black Lives Matter] and everything, our generation is screaming for equality.”

And TikTok knows a thing or two about activism. Ahead of the resurgence of the Black Lives Matter movement this year, TikTok users blacked-out their profile pictures in protest of the way they believed TikTok was burying Black creators’ content. They also reportedly interfered with Donald Trump’s Tulsa rally in June. Popular creators like Charli D’Amelio and Addison Rae frequently tweet out links to petitions and GoFundMes.

But it’s not just about saving the world. These witches also need to make a living—especially in the midst of the greatest economic crisis since the depression. TikTok proves that an entrepreneurial attitude can exist even within the Age of Aquarius. In addition to the general tarot videos, most readers have a one-on-one tarot business in which you can buy yourself a personalized tarot reading from your favorite TikTok witch.

(Potter has a recommendation for anyone thinking about paying for a reading: “Everyone puts their own spin on divination and if you are seeking a one-on-one experience, I think watching a virtual group reading is a great way to see if you are vibing with a reader,” she says.)

“I think it’s the death of big business,” Smith says. “Charli D'amelio, people want to learn from people like that. It’s cool to be a revolutionary. It’s cool to support human rights now. And I think this younger generation is going to save us all. They really do care about the world as a whole.”

When there are few available day jobs, what’s a smart witch to do but capitalize on social media stardom?

“It’s given me a business,” Kalaitzidis says.

During tough times, witches can use their magic to bring people together. The legit TikTok tarot stars know that hexes are for exes, but certainly not the moon.

Bryanna “Hazel” Smith is one of many witches doing doing tarot readings on TikTok.