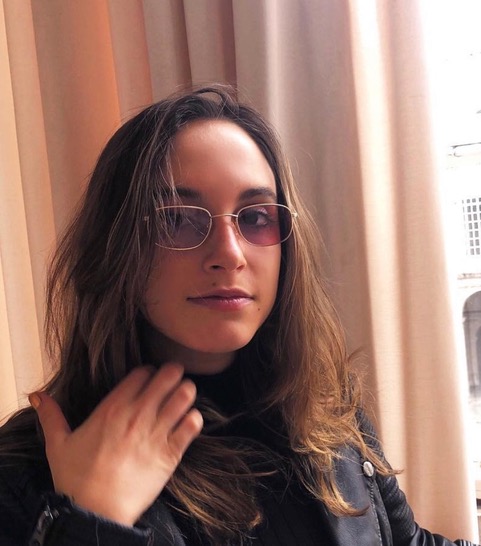 Unicult is certainly not the only cult on the internet, but it might just be the most colorful. The online organization’s TikToks about dating Elon Musk and brainwashing are punctuated by weekly virtual meetings called “Cam Church” hosted by cult leader Unicole Unicron. While it has special relevance in this digital, stay-at-home era, the organization’s eccentric but welcoming leader Unicron, who has over 15,000 followers on Instagram, launched it in 2012, “way before it was cool to call yourself a cult,” they tell me over Zoom.

Online “cults” are nothing new—TikTok, especially, has contributed to a rise in the phenomenon. They’re nothing to be scared of, either.

“If you just Google the word cult and look at the definition, it’s a group of people organized for a common cause,” Unicron says. “A cult is just what a big congregation calls a little congregation.”

Online cults are more like supremely dedicated fandoms than they are, say, “Heaven’s Gate.” In Cam Church, Unicult attendees pray for things like Louisiana, trolls, Taylor Swift, a member starting her new job, and another member’s penis. They sing Unicult hymns such as the “Spirit of Uni” and, “I think I’m in a Cult.” Unicron reads from the Fundamentals Of Unicult. An $11 application fee gets members access to things like the group’s Discord server and extracurricular meetings.

After a recent Cam Church meeting, Unicron virtually welcomes me into their colorful bedroom and answers my questions about how Unicult began, and how things like TikTok and the pandemic have helped them spread their message even further.

Call or text 1-833-unicult to talk to a member about committing, or subscribe to this email chain if you’re really ready to be brainwashed.

What inspired you to start Unicult?

It was coming from a place of need, boredom, and disenchantment with the world. I was trying to be normal for so long, and then I realized that groups of people are the most powerful groups on the planet. With my new art form, I wanted to gather a group of people.

People who want to work for a brighter and hopeful future. We have so much diversity: Gay, pansexual, cis, furries. The outcasts are generally the people who end up in Unicult because society doesn’t look after them, so they’re more ready to change the world. No one is rejected.

What does someone have to do to get kicked out?

If you’re not respectful, if you’re not kind, and you repeatedly have offenses. Our Discord server is very peaceful, but it takes a lot of work. The only rule is to be kind to yourself and others, to speak up and listen when others do.

What got you into Tik Tok?

It’s a much freer platform because it’s not owned by American media. I feel that American-made algorithms try to silence spirituality. I’ve been building my YouTube channel for seven years and TikTok is more conducive to what I want to achieve. This is a place where my message is being heard and I feel like it’s reaching the people that want to hear.

What is your ultimate goal?

I’m working on this new art that I’m calling “mass consciousness synergy.” What I'm trying to do is reach people through clarity of logic … and inspire people to live a more authentic reality through their true hearts.